BTS fame rises in the U.S. 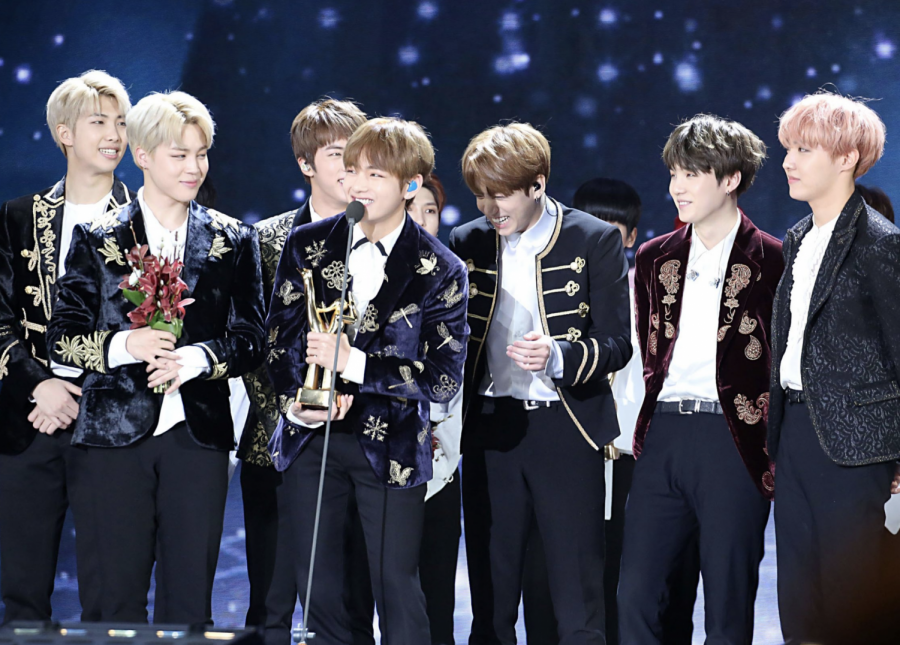 BTS, a Korean pop, or K-Pop group is a seven member boy group from Big Hit Entertainment made in 2013 and is slowly and steadily becoming more popular in the United States. BTS, which stands for Beyond the Scene, received more public attention when they won the Top Social Artist of the Year at the 2017 Billboard Music Award on May 21. They were the first K-Pop group to win a Billboard Music Award, beating stars like Justin Bieber and Selena Gomez. Soon after, they started getting frequent offers to appear on television. For example, on Nov. 27 they were introduced on the Ellen Show and will soon appear on Jimmy Kimmel Live.

Due to BTS’s rising fame, K-Pop is starting to become very popular in the U.S. At Marjory Stoneman Douglas High School, South Korea is going to be represented for the first time at the annual Multicultural Show on Dec. 1, hosted by the Spanish Club, and they will be performing two BTS songs.

“People all over social media have been talking about K-Pop ever since sixth grade. Now it’s growing and everyone knows about it,” freshman Jasmine Gola said. “Even if you think it is odd to see people listen to music in different languages and still enjoy it, that is what music is all about, feeling the beat whether you know the language or not.”

As 2017 brings many firsts for the K-Pop world, BTS will continue to lead the way for this style of music and attract a larger fan base outside of Asia.