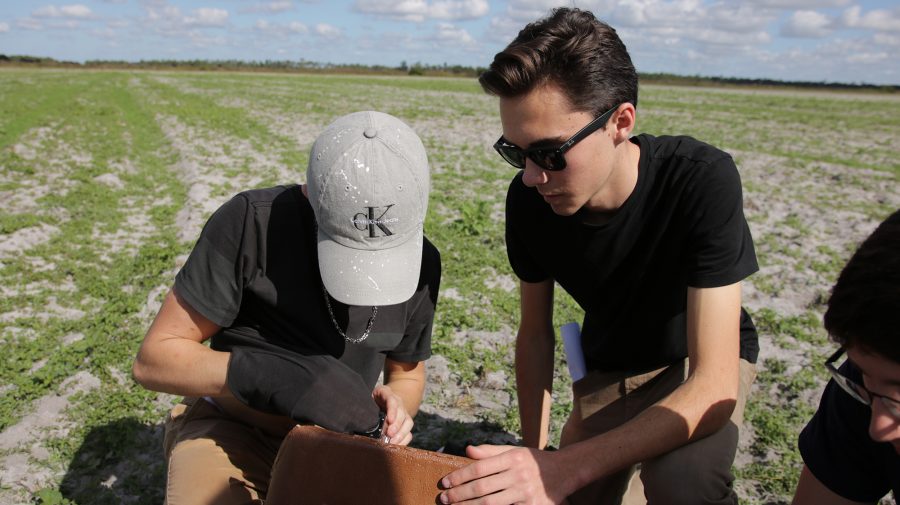 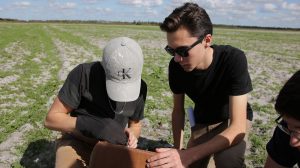 Project Aquila is an annual experiment the Astronomy Club carries out to launch a weather balloon holding cameras and meteorological equipment in an effort to teach students the process of data collection in the upper atmosphere.

Astronomy teacher Kyle Jeter has been conducting Project Aquila in an effort to collect atmospheric data at a high school level with Astronomy Club since 2009. Every year, the teams learn more and more on how to better the later experiments.

“We meticulously go through a step by step process, and I think, if anything else, it is a learning experience,” Jeter said.

The first five Aquila ships had relative success in crossing the Floridian peninsula, only holding some issues in the camera footage recovery due to fogging in the upper atmosphere but overall were fully in tact and recovered. Last year’s Aquila VI ship, made in the shape of the Death Star, became lost over the Atlantic Ocean after a tracking malfunction around its landing sight in the Bahamas.

The following ship, Aquila VII, was to be launched last year but never had the opportunity due to the team dissolving several weeks before the scheduled launch. This ship was shaped in the form of the house from the Pixar’s “UP” with Funko pop figure versions of characters Carl and Russell on the porch of the colorful home.

The Aquila VII ship was placed in the care of this year’s new team and was set to launch the first Saturday of December following a similar path to earlier experiments as part of Jeter’s effort to play it safe for the team’s initial launch.

The team worked for several weeks to prep the ship for launch, staying hours after school adding the last touches and make sure all the instruments were calculated properly for optimal success of the mission.

The team met twice on the day of the launch to organize themselves—once in the Coral Ridge Walmart parking lot at 8 a.m. and again at a Walgreens in Fort Myers around 10:15 a.m. The team then headed northward to a plot of farmland that the team was given permission to launch from. Jeter called the Federal Aviation Administration in advance to make sure no planes would fly in the flight path of Aquila VII.

Head of tracking and retrieval Emma Gonzalez led the team in correctly setting up most of the non-film elements of the experiment, inputting all variables in the ship and balloon to predict its flight path along the jet stream before its landing.

The cameras were charged, the balloon was filled and Russell and Carl were ready for adventure, then tragedy struck.

Mere minutes before launch, as Jeter was tying the parachute to the ship, MSD television production teacher Eric Garner held the balloon inflation mechanism improperly, causing excess pressure to release the balloon into the sky prior to attaching to the ship. The balloon flew away, only to be seen as a white dot in a field of blue.

“We worked for months on the project just to literally see it all go up in the air,” Project Aquila documentarian David Hogg said.

When asked to comment on the events of this past Saturday, some took this as a mere setback to the project’s hopeful future.

“When you see SpaceX fail, when you see NASA fail… you just learn from that; sometimes it’s a hard lesson from a simple mistake, but those are the most important lessons to learn,” Jeter said.

Project manager Hing assured the team that their dedication will not have been in vein and has proposed a tentative second launch date for Sunday, Dec. 17.