Private schools are hurting not helping 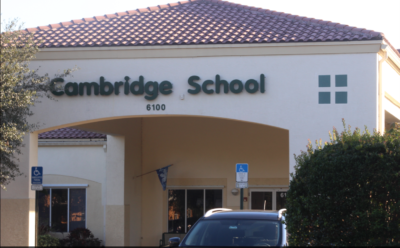 Throughout the history of education, private schools have been seen as a place to receive a prestigious education and to get a head start on adulthood ahead of one’s peers, but private schools and the stigma surrounding them have changed in recent years.

Students who once received a higher education at such institutions have appeared to trade learning for grades, with academic success being measured not by a student’s work ethic but rather their parent’s bank balance. According to a study conducted by geophysicist Stuart Rojstaczer and Furman University computer science professor Christopher Healy, private school students began receiving significantly higher grades than their peers with similar scores on standardized tests in the last 50 years.

Not only is this fooling of the admissions officers unfair to students whose parents cannot afford to send them to private schools, but also leads to a superiority complex in private school students that reflects in their relationship to society. By placing students in a homogenous environment there is a reduction of their exposure to diversity and thus a lack of real-world understanding of cultures from around the world.

The desperation of private schools to make money also has the capacity to overshadow the needs of students. Contrary to popular belief, most private schools are not filled to the brim with state-of-the-art computers and top-of-the-line facilities.

“It costs parents a lot to send their kids, and they might think therefore that those schools are just flowing in resources, but generally they’re not,” Paul Axelrod of York University said in an interview with Money Sense. “The facilities, the resources, can be fairly basic in those schools.”

Even elite schools need to fundraise constantly since they claim that tuition fees only cover annual operating costs, and that they need more money to maintain the facilities and purchase new equipment. So for parents expecting that, by shipping off their kids to private schools, they are guaranteeing them the best quality of scholastic resources, taking a look at the schools’ financial statements would not go amiss.

Due to the fact that private schools need to work to gain funds from tuition, parents are often able to use their money to puppeteer the school’s system and establish a hierarchy with themselves firmly established at the top.

When such a situation occurs, parents have the power to alter the focus of the curriculum. Unfortunately, this causes private schools to focus far more on SAT scores in order for their students to get into better colleges, instead of focusing on a strong curriculum that can establish a base to build on for future college classes.

According to an article discussing private versus public schools, written by GreatSchools Staff, private schools are able to choose whatever assessment model they want. Such freedom allows them to design their own curriculum or avoid standardized tests to either raise or lower their standards for students.

According to a 2016 study by the Southern Education Foundation, the stereotypes behind ethnicity at private schools are often justified. Private schools are whiter than the overall school-age population in most states, particularly in the South and the West. Due to this, the Black, Latino, and Native American populations are underrepresented in private schools, especially in those areas.

Private schools also harbor children from young ages and experience the entirety of high school with the same kids. A great example of this can be found in the Donna Klein Jewish Academy. The graduating class of 2018 will be made up of only 40 students, the majority of whom started together as pre-schoolers. Such a secluded educational experience can lead to a culture shock when they finally move off onto college.

Of course, there are advantages to private schools. For certain children with special needs, a controlled environment can be helpful in improving their skills and gaining a good education despite their disabilities.

While placing these kids in a private school may allow them to feel more comfortable, often the prices fail to justify the experience. In today’s society, most public schools actually have a system in place to look after special needs kids and ensure they feel safe and able to learn. Public schools are still able to produce these programs even without the staggering tuition costs charged by private schools, thus rendering those costs obsolete and unnecessary.

For students who cannot afford to pay the costly tuition, the only alternative is through scholarships, and those can often be hard to come by. The disadvantages of the majority of students in private schools being from wealthy backgrounds are that these privileged students grow up surrounded by fellow rich kids whose focus may be less community oriented and more focused on a materialistic lifestyle.

It is illogical to raise children in such a way that it deprives them of the desire to benefit their communities. Society can only function if there is a promotion of such a desire to future generations.

For any parent considering what they think their children need and deserve from their school experience, assume that the parents of the kids in the poorer parts of town want the same. But, do not just assume it, do something about it.

Imagine a parent who is in an affluent and influential position decided to send their kids to school right alongside those from the poorer neighborhoods. In doing that they can use the energy they would have otherwise directed at fighting to get their child a slot in a very competitive private school to fight for more resources, such as computers, at the public school.

By investing money in public schools instead of wasting it on over-priced tuition at private schools, parents will not just be making their child’s future better, they will be giving their children the opportunity to be the change they want to see in the world.