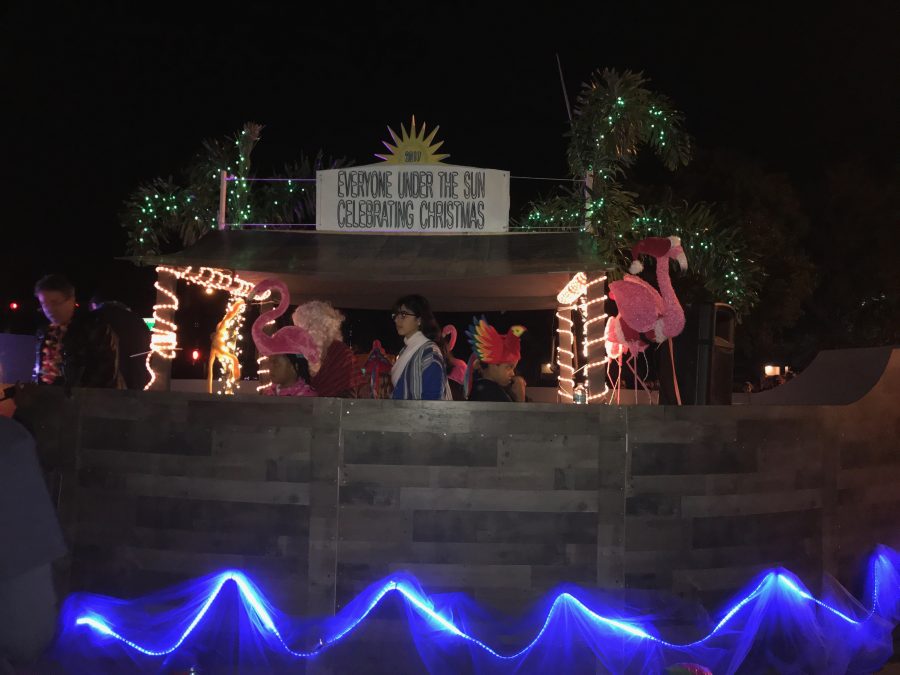 The Coral Springs holiday parade on Dec.13 at 7 p.m. went across Sample Road from Coral Springs Drive to City Hall. Many roads were blocked off for the event to ensure the safety of those viewing and participating in the parade. Police officers were lined up where the blocked roads intersected with Sample Road, and there was parade staff making sure the crowd remained a safe distance from the floats in the parade.

The weather was chilly during the parade, and many people brought their own foldable chairs to observe the spectacle wrapped in warm blankets to greet the cold front that welcomed the first signs of winter. Businesses and schools were handing out small gifts, such as candy canes, to the crowd. The roads were filled with Christmas tunes and school bands playing their rehearsed songs.

Restaurants nearby gave out free food samples that attracted crowds of people to try their different dishes. This parade featured school clubs, bands and many local businesses.

Marjory Stoneman Douglas High School’s marching band perfomed with the color guard. The band accessorized themselves with Santa Claus hats as wells as their instruments, wrapped up in colorful lights. Walking nearby where the crowd was, people were selling some lighted up headbands and glow sticks they can hold to help with the holiday spirit.

The Eagle Regiment was followed by MSD’s JROTC and Key Club. All the organizations had two people in the front holding up the banner that represented the school.

“Being part of the Coral Springs holiday parade was absolutely amazing,” Key Club freshmen representative Lexi Tracton said. “I was so proud to have our key clubbers come out and represent the school. It was so much fun to sing holiday songs and march alongside other Key club chapters. It really got me in the holiday spirit.”

Other captivating performances included Park’s Taekwondo, which performed stunts and kicks as they marched and handed out American flags to the kids. The annual Coral Springs holiday parade attracts many people to come together and enjoy the performances from schools and different businesses.