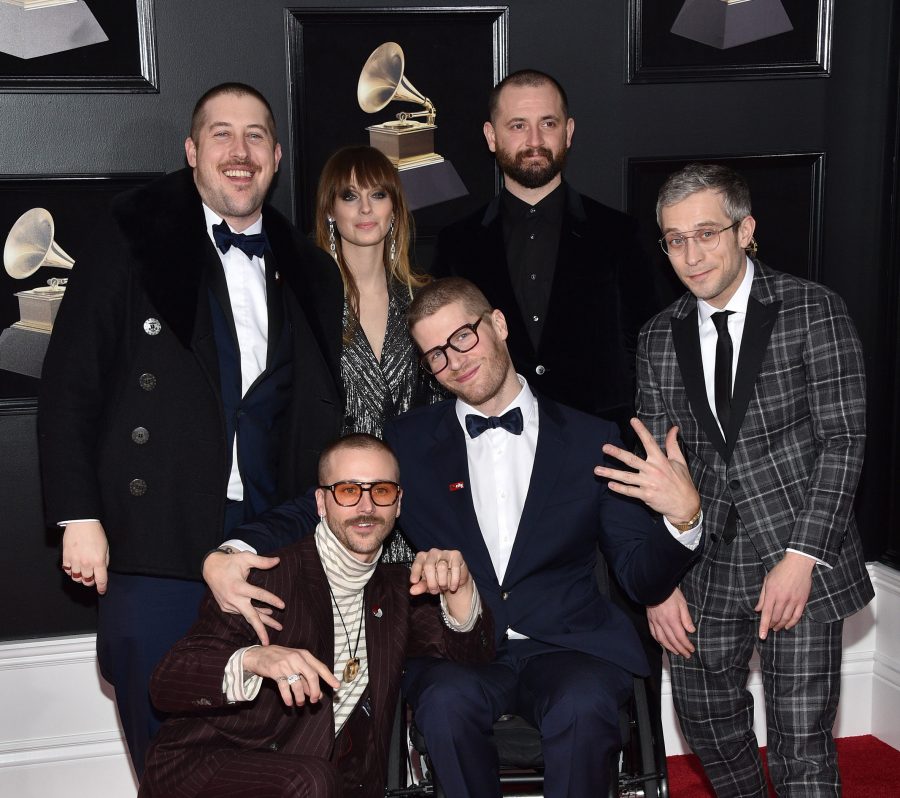 The 60th annual Grammy Awards was held on Jan. 28, hosted by James Corden in Madison Square Garden in New York City. This year’s Grammys were filled with memorable moments including 13 performances from several winners.

Bruno Mars won three of the most prestigious awards: Record of the Year, Song of the Year and Album of the Year.  He received the awards for album and record of the year with “24K Magic.” The song that won best of the year was “That’s What I Like,” which was a collaboration between Mars and songwriters Christopher Brody Brown, James Fauntleroy, Philip Lawrence, Ray Charles McCullough II, Jeremy Reeves, Ray Romulus and Jonathan Yip.

Ed Sheeran’s “Shape of You” won him Best Pop Solo Performance, angering crowds who believed Kesha’s emotional song, “Praying,” should have received the award. Sheeran was up against four popular female singers: Lady Gaga, Kesha, Kelly Clarkson and P!nk. Although his single is Spotify’s most streamed single of the year, many viewers were outraged that he was awarded instead of Kesha. Sheeran was not present to accept the award himself and needed it to be accepted on his behalf by hosts.

“I guess it’s a good thing Kesha didn’t win over Ed Sheeran, since the music industry doesn’t seem to care about examining its abuses of power,” critic Ira Madison III said on Twitter.

The Grammys also allowed many of the creators to bring current issues to light. Some topics addressed were racial equality, political shortcomings and immigration issues. There was also a surprise appearance by Hillary Clinton. She read, along with other celebrities, a children’s book created for the hidden purpose of mocking President Donald Trump.

“I just wanted to remind everybody that the only thing more frightening than watching a black man be honest in America… is being an honest black man in America. Sorry for the interruption,” comedian Dave Chappelle said during the performance.

Chappelle wanted to remind people of the current political issues happening with racial equality in America; after the serious comment he bounced back with a comical remark.

“Bruno Mars and Cardi B, that was amazing, wow. I love that song, man. Like, I love that song. It takes me back, you know, like way back to when Trump wasn’t president,” Trevor Noah said in his comedic remarks.

Noah did not hide his views of the president and instead elaborated on them by mocking him.

Clinton collaborated with James Corden for his comedy skit about the president. Corden held audition book readings for a book that summarizes Trump’s past year as president. Clinton read in a pre-filmed audition video, covering her face with the book in the beginning and eventually revealing her face, making the crowd cheer.

Camila Cabello took it upon herself to explain her belief that the United States is “built by dreamers, for dreamers and chasing the American Dream.”

Cabello herself is a Cuban-Mexican immigrant born in Eastern Havana. She believes that she is also a dreamer, having gone from an underprivileged background to performing in New York City in front of the Statue of Liberty for the Grammys.

Below is a list of the winners for the fields General, Pop, Dance Electronic, Rock, Alternative, R&B, Rap and Country from Billboard. To see all of the nominees and fields from the Grammys click here.

Album of the Year:

Record of the Year:

Song of the Year:

A Deeper Understanding — The War On Drugs — WINNER