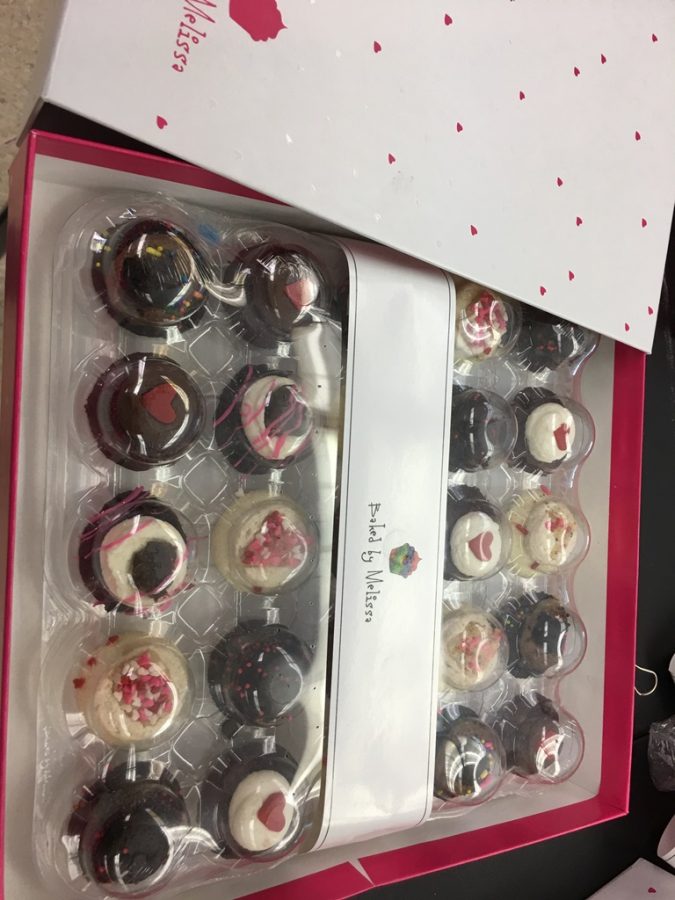 Dozens of boxes of gourmet donuts arrive at MSD during second period. Photo by Melissa Falkowski

On March 5, cupcake company Baked by Melissa generously donated 30,000 cupcakes to the students and staff of Marjory Stoneman Douglas High School. Students dug in to the world-renowned treats throughout the day, trying a wide range of flavors such as red velvet and triple chocolate fudge.

“It was as simple as making a call and people wanting to say yes in this tragic time,” drama teacher Melody Herzfeld said.

Herzfeld has a close friend who was in contact with a transport company, PRG Worldwide Entertainment Technology Solutions, who in turn contacted Baked By Melissa to ask them if they would be willing to donate to the school. PRG agreed to drive the cupcakes all the way down from New York to Parkland, Florida.

“Baked by Melissa entirely made my day with their amazing cupcakes. It was nice to feel supported and cared about even up in New York,” sophomore Anna Fishman said.

The cupcakes were delivered during second period, and teachers sent down students to collect several boxes each. The boxes contained 25 miniature cupcakes and have a retail price of about $25 per box.

“The cupcakes were insanely good, and just knowing how much money they had to spend to not only produce the cupcakes but also get them all the way down to us really made me feel extremely thankful towards them,” sophomore Matt LaForge said.

People from all over the country have sent their love and support through letters, banners, school supplies, money donations and now cupcakes.

“I feel like everyone’s love for sweets and desserts really helped bring us together because everyone loves a sweet treat even in times like these,” sophomore Bella Reisch said.

PRG Worldwide Entertainment Technology Solutions and Baked By Melissa contributed a delicious act of kindness that was greeted with gratitude by the MSD community.