Student songwriters turn to music for healing with their song “Shine” 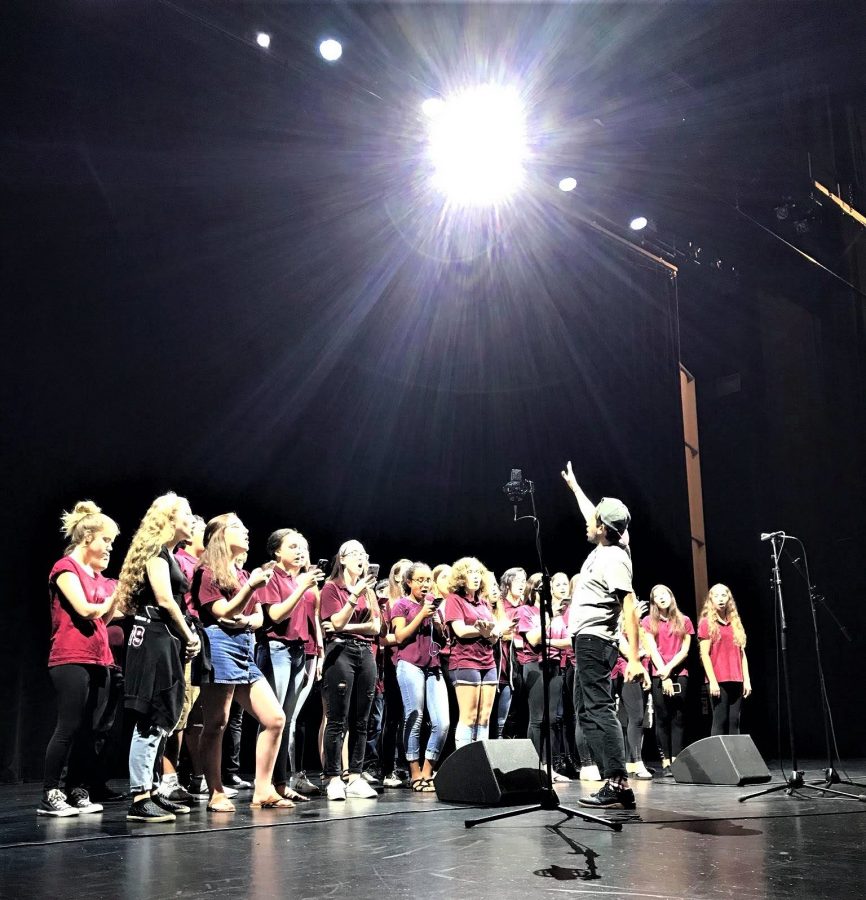 After the tragedy on Feb. 14 at Marjory Stoneman Douglas High School, many students found their voice in speaking out politically for stricter laws in order to protect our schools. Junior Sawyer Garrity and sophomore Andrea Pena found their voice in a different way: through music.

“We both felt so helpless,” Garrity said. “I remember texting her that Saturday that I needed to do something, but I didn’t know what. We aren’t political speakers really. So, we turned to what we were comfortable with and used our voice in that way.”

So, later that day, Pena sent Garrity a voice memo of her playing piano, sharing her first ideas of composing the song. And from there, through the next few days, the two girls had text conversations with voice memos of lyrical and music ideas to complete the composure, working together to finalize most of the song by that Monday.

They used inspirational lyrics in hopes of displaying the strength of the MSD community and uplifting those who felt despair after the tragic event, naming the song “Shine” for that same reason.

The girls then sent the rough draft of the song to drama teacher Melody Herzfeld and a few of her friends from Drama Club. At first, they thought that was the end of it. Little did they know, though, that Herzfeld would work with Representative Ted Deutch’s office and CNN representatives in order to have the song performed at the CNN Town Hall at the BB&T center on Wednesday, Feb. 21, just one week after the shooting.

“When I got the call from Herzfeld on Tuesday that they wanted us to sing ‘Shine’ at the town hall, I didn’t even think it was real,” Garrity said. “I ran home right away and worked nonstop through Tuesday to finish it. We couldn’t believe it though; we didn’t even know we were singing it live until 6:30 [p.m.] on Wednesday.”

The two girls then recruited some of their friends from Drama Club to perform the song with them at the town hall — people who had not even heard the song until that same day. On Wednesday, they all rehearsed for hours at the BB&T center to make sure that they were ready to debut their song to the world watching that night.

“We had to teach our friends the harmonies in about 15 minutes, so we were really scared about how it was going to go,” Pena said. “But, there was this moment when we were rehearsing and everyone in the building just stopped to watch us and listen. That was the first moment that I really realized that this was something special.”

That night, Pena, Garrity and five other students in the MSD Drama Club, performed the song to the attendants of the town hall and the millions more at home watching the event.

The girls now have plans to record the song and put it out for release, even hoping to film a music video for it as well. Garrity and her family have set up the charity, Shine MSD, as well in hopes of bringing light in such dark times in the MSD community.