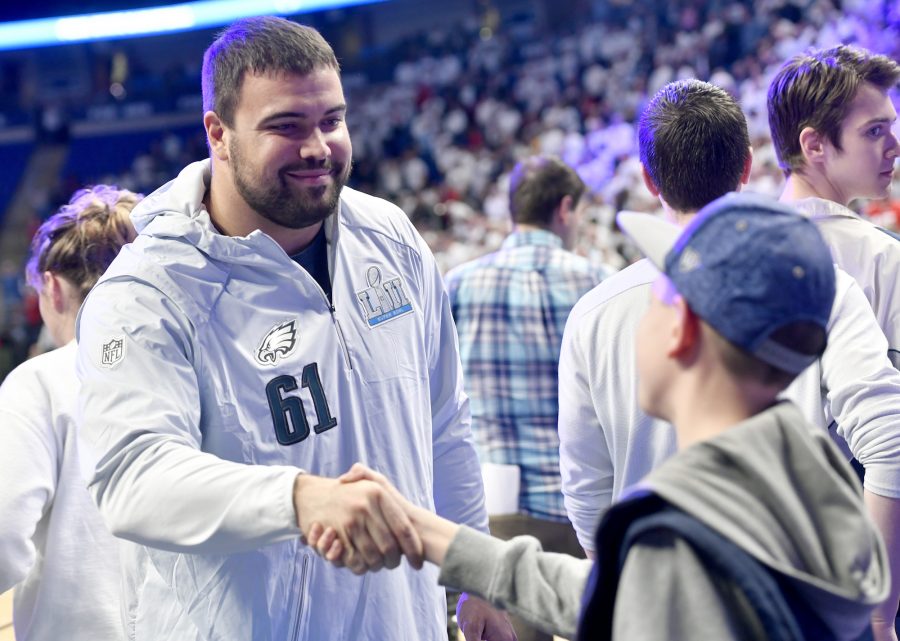 As the Philadelphia Eagles hoisted their first Lombardi trophy in franchise history after Super Bowl LII, sportsbooks also celebrated their biggest day of the year. A sportsbook is an establishment that takes bets on sporting events and pays out winnings, but within the U.S., they can only be found legally in Nevada, Oregon, Montana and Delaware. Even though sportsbooks are only in two percent of states across the U.S., people find ways to gamble no matter where they are.

Global gaming research firm Gambling Compliance claims that just 4 percent of the estimated $95 billion bet on NFL and college football games in 2017 was bet legally. This is made possible through the global juggernaut that is the online gambling industry. According to Sportradar, the worldwide sports betting industry is worth anywhere between $700 billion and $1 trillion, most of which is bet online. Users from around the globe can access betting sites such as Bovada, Bet365 and many other online sportsbooks to place their bets.

The main forms of bets that can be found are on the spread and point total. The spread and total are set by Vegas, and then taken and placed onto the respective sites. The spread is the difference of points that is projected to separate the two teams facing off.

For example, a point spread of six would indicate that Vegas expects the underdog to lose by at least six points. Bettors who disagree with this prediction can place money on the underdog to cover the spread, which will require a win or loss of five or less points to be considered a winning bet. The point total is Vegas’s projection of the total amount of points scored in a game from both sides. This is a popular method of betting, due to the much easier path to winning. If a point total is set at 58, bettors can decide if they want to bet the under or the over. If the final score turned out to be 35-17, all those who bet the under would be winners. It doesn’t matter who wins the game, and the two sides are practically working together for those who bet on the total.

As mentioned earlier, the Super Bowl is arguably the biggest day of the year for sport-related gambling. With options such as betting on the coin toss or the length of the National Anthem, bettors will throw money at everything on Super Bowl Sunday.

In last year’s big game, Super Bowl LI, Nevada sports books had a record $138.5 million on the game and netted $10.9 million in profit. This is nothing new, as Vegas has came out victorious in the last nine Super Bowls, with just two losing years since 1990. However, that doesn’t mean that the common folk haven’t won some serious money themselves.

In 2010, the Indianapolis Colts faced off with the New Orleans Saints in Super Bowl XLIV. This game caught the eye of Billy Walters, who is considered to be “the most feared man in the history of sports betting.” He saw an opportunity with the Saints, and threw down a whopping $3.5 million on the Saints covering the spread, which is estimated to be the largest bet in Super Bowl history. The Saints dominated the Colts by a score of 31-17, leading Walters to a multi-million dollar payout.

Football is not the only sport that bettors throw money at, though. As preparation for the inevitable legalization of sports gambling, the NBA recently laid the groundwork for their betting guidelines. Their proposal included a one percent commission of every single bet made involving their games. This, however, will not include one of the fastest-growing and most innovative methods of betting.

A very recent addition to the sports gambling world is the concept of Daily Fantasy Sports. Sites like DraftKings and FanDuel are the powerhouses of the daily fantasy industry, where they host daily contests with varying entry fees for each and every sport. Bettors must build a lineup of athletes from a variety of teams, where they win money based on the performance of their lineup. While this does not sound incredibly difficult, the challenges lie within a salary cap that bettors must comply with. This cap prevents bettors from loading up on all the best players, and forces them to make decisions that can cost them their money or win them big prizes. These sites have gained popularity rapidly, due to the their wide reach. Daily fantasy sports are legal in 41 U.S. states, as opposed to the four states with legal sportsbooks.

With the legalization of gambling in sports becoming more and more likely, the growth of this already massive industry should be a sight to behold.