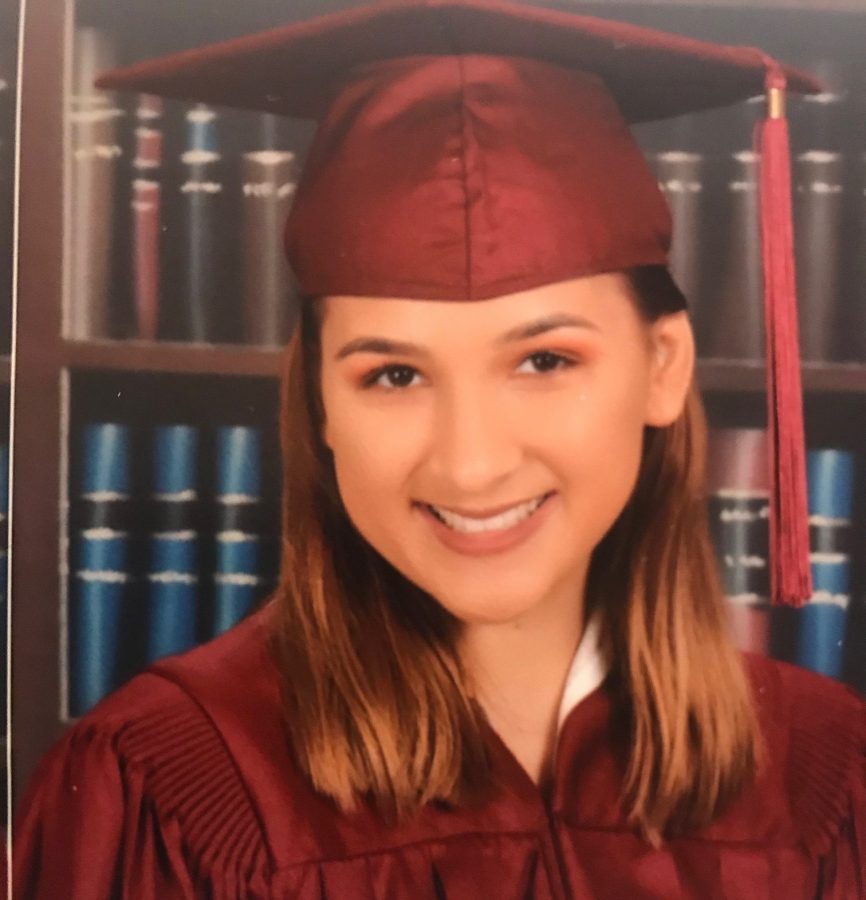 Plower withdrew from school after the Valentine's Day tragedy.

On Feb. 14, 2018, in the face of unimaginable danger, many students and teachers emerged as heroes to their community. While bullets flew into her classroom, senior Kelly Plaur acted on her instincts to help her peers. She had no idea these instincts would cause her peers to deem her a hero.

Plaur was sitting in Ivy Schamis’s Holocaust history class in room 1214 when she heard three loud bangs coming from outside her classroom. Recognizing them as as gunshots, Plaur and her classmates immediately ran for cover.

The class split into separate hiding groups, with Plaur first taking cover against a wall near her teacher’s desk with a group of her classmates and Schamis. Looking around the room, she realized her teacher was not completely covered by the desk.

“There’s nowhere to hide in the classroom, which really sucks, and Mrs. Schamis didn’t really have anywhere to hide,” Plaur said. “I remember looking around, seeing her and thinking about my mom.”

As she sat against the wall, she noticed her teacher texting someone that she loved them, but her text would not go through. Feeling the need to protect her teacher, she pulled Schamis in between her legs, giving her cover in case the shooter entered her classroom.

Plaur and Schamis huddled together, holding each other’s hand, still wondering if what they heard were just firecrackers or actual gunshots. Plaur called the police as the shooting occurred, making her the first student to do so. She told the 911 operator what was happening, where she was and that kids were injured.

“I told them I’m CPR certified, but they were telling me I can’t move, I can’t help them, because [the 911 operator] said if the police [saw] me from outside through the window, it could’ve been an issue,” Plaur said. “They’ll think I could be the suspect.”

Minutes passed, and the police finally arrived to Plaur’s class and escorted the injured students out of the classroom. Plaur and Schamis both got out unharmed.

While Schamis is grateful for her student’s actions, Plaur herself holds remorse toward her inability to help those who were injured in her class.

“It bothers me that I couldn’t help [the injured],” Plaur said.

Though Plaur’s empathy and quick thinking kept herself and Schamis out of harm’s way, she believes being called a “hero” is an overstatement.

“I don’t consider myself a hero because I don’t need a title to know what I did [was right],” said Plaur. “I did something that I would want someone to do to me if I was in that situation. I would hope that someone would be nice enough to help me or pull me in somewhere even though they could get hurt too.”

Despite her humility, Plaur’s actions helped to keep the teacher safe from harm and inspired her peers to deem her a hero.