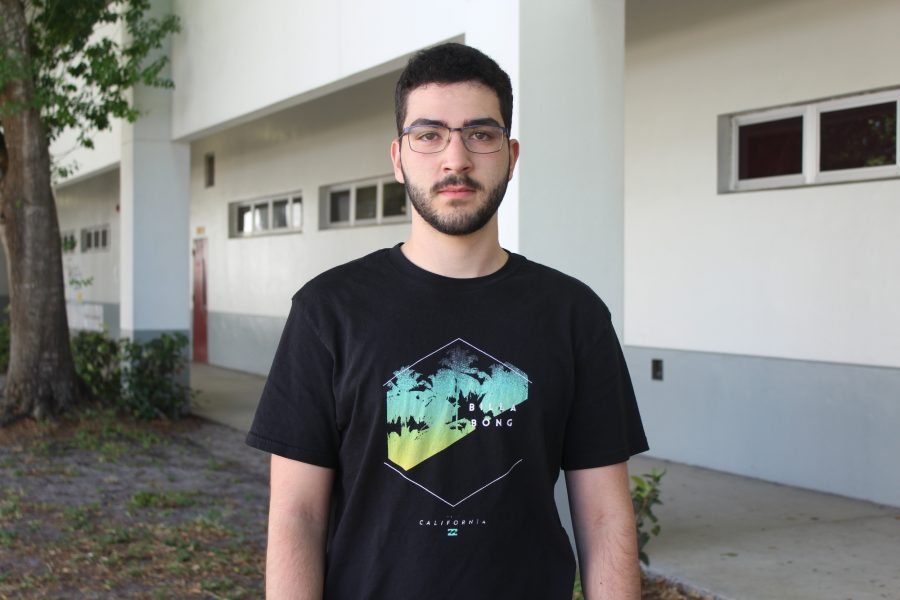 Junior Lorenzo Prado discusses his experience from Feb. 14 as a suspect for the shooter. Photo by Daniel Williams