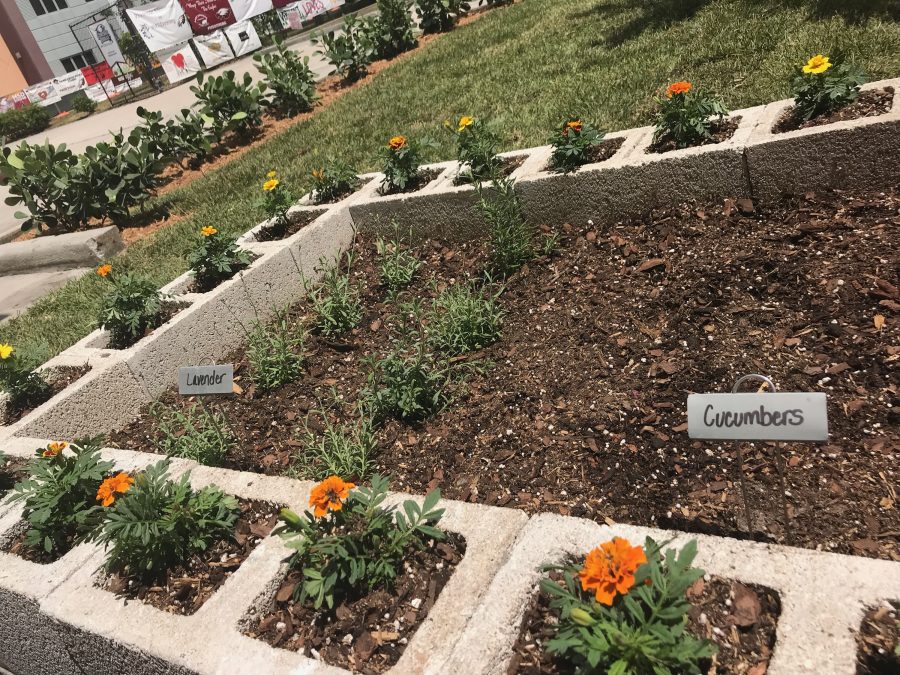 On April 3, Publix decided to help beautify Marjory Stoneman Douglas High School on their Nation Publix Service Day project, a day in which Publix stores around the country help out their community. Publix CEO Todd Jones even came to meet Principal Ty Thompson before working alongside other staff members.

The shady atrium between the 500 and 600 buildings was once dotted with mulch, weeds and litter. The trees were circled in small, gray stone walls. This area would collect inches of water after it rained, and the second area was just a piece of land with grass.

After removing the old mulch, red and white rocks were placed on the ground. Instead of dull and dry grass, Publix replaced the area with a small garden surrounded by colorful flowers.

Additionally, a variety of vegetables, fruits and herbs were planted in the garden. The herbs include dill, oregano and peppermint. There are also some food-bearing plants like cucumbers, onions and strawberries, all of which will be used by Chef Ashley Kurth’s culinary arts classes. The sign in the garden fittingly reads, “Chef Kurth’s Garden.”

“It gives the kids something different to look at and brightens the school up a bit,” Kurth said.

Kurth is using the produce from the garden for her students’ education, especially her advanced cooking students. It is right outside of her room, providing a convenient access to necessary culinary materials.

Along with the garden and atrium, Publix placed new sod in the field behind the mini gym, and they are putting up batting cages for the MSD softball team.

“It adds appeal to the school and livens it up with vibrant colors,” sophomore Lauren Eddy said.

The eye-popping area gained a lot of attention from passing students. Some would even stop and admire its beauty, giving the MSD student body a new appreciation for the generosity and hospitality off Publix.