THE EAGLE EYE • May 7, 2018 • https://eagleeye.news/6961/artsandleisure/review-avengers-infinity-war-leaves-fans-speechless/ 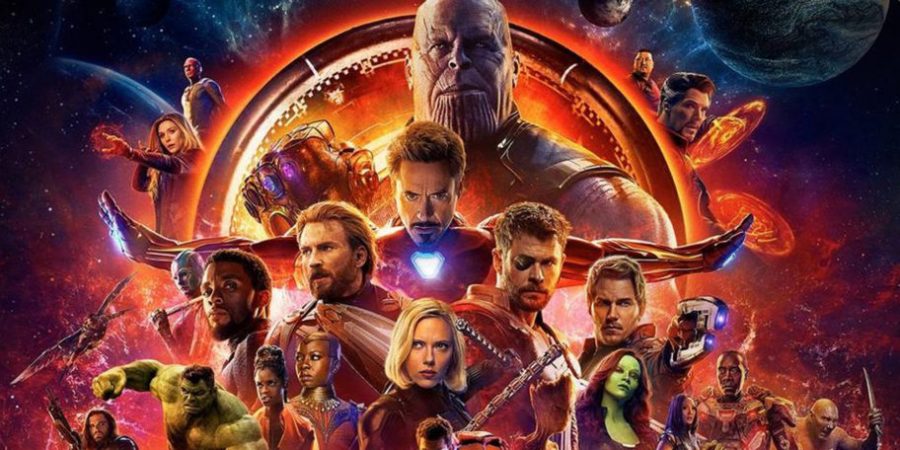 10 years, 18 movies, all lead up to one major cinematic event, “Avengers: Infinity War.” Released nationwide on April 27, the latest Marvel movie has taken fans by storm. It is a movie that has been anticipated for four years and has made many fans crazed, freaking out before seeing the film. Months of theories and waiting led up to this moment that many were waiting for.

The movie took place two years after the events of “Captain America: Civil War,” and following the events of “Thor: Ragnarok.” The opening scene starts off on an Asgardian refuge ship. Thor, Loki and Hulk try to face Thanos themselves.

Then it cuts back to Earth, where the heroes have to prepare to protect the infinity stones. Iron Man, Spider-man and Doctor Strange get sent into space, defending the time stone. That is happen as Captain America, Scarlet Witch, Black Widow, Bruce Banner and Falcon spent their time protecting Vision and the mind stone. Meanwhile Star Lord, Gamora, Drax and Mantis go after Thanos, while Thor, Groot and Rocket get a powerful axe to replace his destroyed Mjolnir. They finally join Captain America, Scarlet Witch, Black Widow, Hulk, Falcon, Black Panther and his army to fight Thanos and his “children.”

Impressing viewers with new suits and incredible graphics, the heroes fight villains from New York to Wakanda to Knowhere. Leadership and power battles between Doctor Strange, Iron Man, Thor and Star Lord. Groot begins like any teenager by obsessing over videogames and acting out. Bruce Banner and the Hulk fight internally, but Hulk refuses to come out. Characters share and compare their family issues both past and present. The stories of the individuals portray not only long-anticipated backgrounds, but also connect diverse character in unseen ways.

The movie included impressive acting skills from its heroes. Each hero stayed true to their character’s individual personality developed in each of their past respective movies. Tom Holland (Spider-Man) shows great emotion and creates such a relatable teenage character. Chris Evans (Captain America), Chris Pratt (Star Lord) and Chris Hemsworth (Thor) finally get to star in a movie together. Chadwick Boseman (Black Panther) played the role with impeccable leadership.

Each set seen was breathtaking. The Russo Brothers directed an incredible film filled with plot twists and suspenseful moments. The special effects made every lightning bolt, force field and magic portal look real. The soundtrack consisted of everything, from fight music to 80s “Guardians” tunes. The lines were written and spoken beautifully, forming hilarious sarcasm and movie references to hopeful pep talks and heartfelt goodbyes. Many fans sat in tears as some very beloved characters spoke their last words. Fans are now anticipating the arrival of the many more movies to come this year and next. Some of those titles include “Captain Marvel”, “Avengers 4” and “Spider-man: Homecoming 2.”