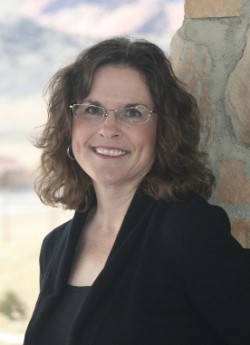 As the new school year has come to a start, the Marjory Stoneman Douglas High School staff finds themselves questioning how this school year will go with such drastic changes in student personalities and changes to the school environment. With both hope and apprehension for the days to come, teachers are unsure of what to expect.

Columbine High School Alumni Paula Reed came to speak to MSD teachers to help give them a glimpse into what the future year will be like. Reed had been teaching at Columbine for 14 years on April 20, 1999, the day the mass shooting occurred.

Reed was organized to speak with the MSD staff the morning of Aug. 13 and with Westglades Middle School staff in the afternoon. At the time of the tragedy at Columbine, no other school had experienced a crime of such a nature; she and her fellow teachers were alone in experiencing the aftermath.

As soon as Reed heard about what happened at MSD, she felt obligated to give her advice as someone who had to experience a similar situation.

She gave the teachers a simple way to express what they have been going through since the tragedy on Valentine’s Day.

“If somebody came along and put a 500-pound backpack on you, don’t put more in it,” Reed said. “You’re trying to figure out how to take stuff out of it. Don’t carry stuff with you. As much as you can… let it go.”

Though Reed did not witness the tragic events that happened to her colleagues and students the day of the shooting, she took the role of supervising students who waited for parents at the nearby elementary school. Since that day, Reed suffered from and is still battling anxiety attacks.

“Kids can learn, but not at the rate they did before. Strip it down to the most essential things,” Reed said. “You’re going to have to cut things loose for all of the students, for individual students, and for yourself… Take a day if you need a day, you can cut yourself all that slack and your kids will be fine. ”

Reed focused on self-care throughout her speech, emphasizing the difficulties she has gone through. She described that one of her triggers is too many kids surrounding her, the same way they did on the afternoon of April 20. Reed warned that grading and planning will not happen at the rate they did before.

“Don’t beat yourself up, don’t expect yourself to function at the level you functioned at before,” Reed said. “The kids will be fine, the kids are fine… It’s okay.”

Reed stayed at Columbine for the next three years to help the freshman of 1999 graduate and then took two years off. Since then, she has taught for a total of 30 years at Columbine High School.

“That’s what you have, one really bad day, followed by lots more bad days, but in the end, I spent 30 years at Columbine,” said Reed. “I have so many amazing memories… All the new good days are gonna stack on top of it [the bad days]. It will happen, I promise.”

Both MSD teachers and Reed grew emotional throughout her speech. For MSD teachers, Reed was someone who was willing to explain everything truthfully, but also optimistically, and who came out of their tragedy with strength. For Reed, it had been because she had the chance to console colleagues who are feeling the same things she did 19 years ago.

Reed left the staff with a strong message to help give a peek into their future.

“The new normal will start to settle in when you get the last of the kids who were freshman through. So that’s [the new normal] not gonna happen for three years. So just know that out of the gate. It’s a long haul,” said Reed.

Not only did she give her time, but Reed gave her most truthful and honest advice. Reed voluntarily visited many difficult memories and exposed her most personal thoughts in order to connect with teachers of MSD and give them the best advice.