Fantasy-thriller, “House with a Clock in Its Walls,” leaves viewers mesmerized 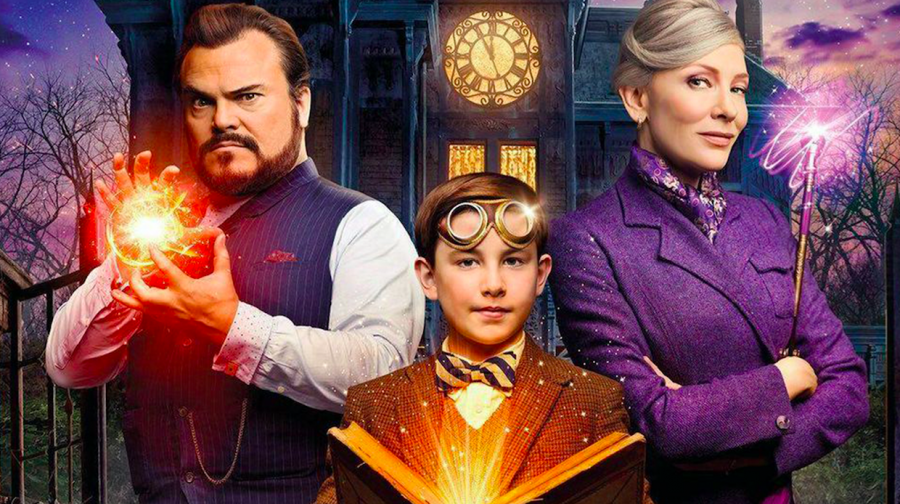 On Sept. 21, The House with a Clock in Its Walls made its debut on the big screen. It is based on John Bellairs’s novel of the same name, which is part of a 12 book series. The film starred Jack Black, Cate Blanchett, and Owen Vaccaro as characters Jonathan Barnavelt, Florence Zimmerman, and Lewis Barnavelt respectively. It was directed by Eli Roth, who has worked on many films like Cabin Fever and Death Wish. The screenplay was written by Eric Kripke, who created hit TV show, Supernatural.

The movie takes place in 1955 Michigan, where young Lewis goes to live with his uncle, Jonathan, in an ever so eerie and mysterious house. Little does he know, that his uncle and neighbor, Mrs. Zimmerman, practice magic. Terrible things happen after Lewis begins to learn magic and tries to show off in front of a classmate.

Each character have their own personalities that showed through their magic. Jonathan powers were more mysterious. Mrs. Zimmerman’s was more serious, while Lewis’s powers were childish and quirky.

Costumes and sets fit the time period wonderfully. Black’s character dresses to match his personality, very odd and eccentric. While Vaccaro’s is more plain and simple. The school scenes were very believable and accurate. The special effects team did an amazing job, the magic was breathtaking at times. Their use of a single magic stain glass window entertained and foreshadowed many events in the film. They turned regular, boring furniture into beings with minds of their own.

Black plays yet another crazy and memorable character in this film. His on screen nephew, Vaccaro, was stunning in the role of the young warlock. The soundtrack, created by Nathan Barr,seemed like it came right out of the 50s.

The film came out just before Halloween, so viewers can really get into the mindset of this magical world that is created so wonderfully in front of them. The movie has been rated PG and is considered to be family friendly. Being a fantasy thriller, it is the perfect amount of creepy and funny, magical and emotional.