Black Friday presents obstacles for families around the holiday season 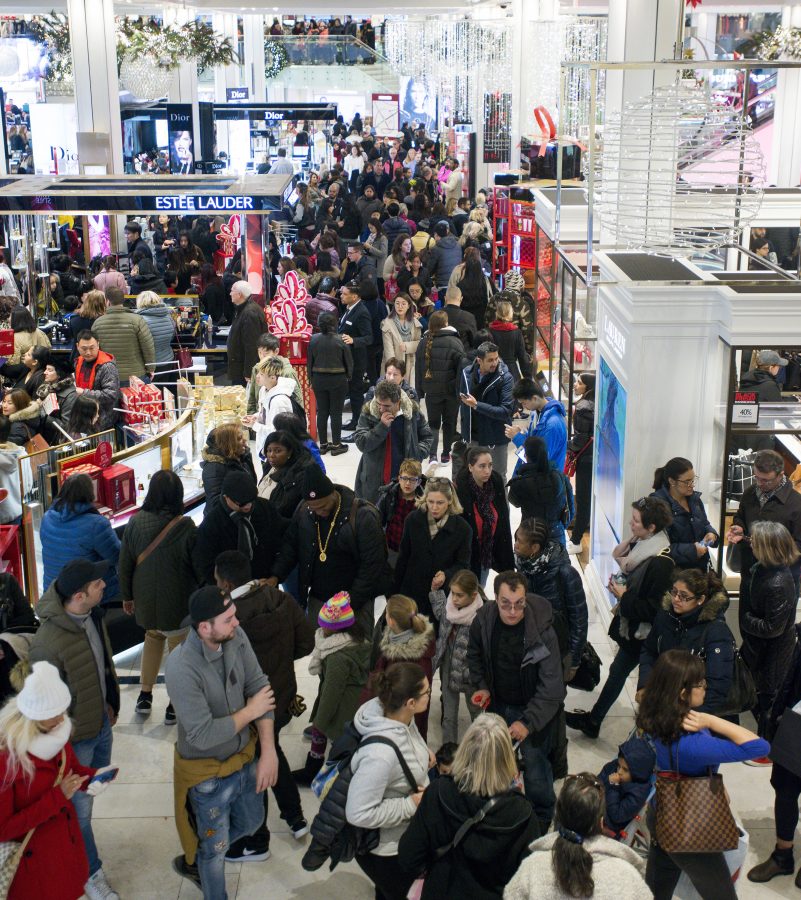 Holiday Shopping is in full swing as Halloween is in the rearview. Black Friday shoppers make their way through Macy's in Manhattan, New York. Target Corp. and KohlâEUR(TM)s Corp. were among the retailers running âEURoeBlack FridayâEUR preview sales on selected items in stores and online, an early promotional tease to the traditional heavy shopping that occurs the Friday after Thanksgiving. (Howard Simmons/New York Daily News/TNS)

Every fall, stores all across the United States begin advertising their insane Black Friday deals. Black Friday is an incentive to buy more products and spend all day in the mall browsing stores.

Families can start to shop on Thanksgiving evening or at the crack of dawn the next morning. For many, Black Friday becomes a tradition with family or friends to get together and attempt to get the best products for the cheapest price. The race to get these products are competitive, sometimes thrilling and hard to resist.

However, there are many downfalls of the day as a whole. Deals are most likely lackluster, even though people will still spend money in the spirit of the “holiday.” Additionally, better deals can often be found online.

Workers who should be going home to their family and friends for Thanksgiving night are stuck working in stores, where people are rampaging through and tossing clothes aside in order to find what they want. The interior of the store is left in utter chaos and employees must stay and clean up before their night or day is over.

The meaning of Black Friday also largely contrasts with that of Thanksgiving. Instead of being thankful for what each person has, people choose to spend a massive amount of money on materialistic objects.

Moreover, Black Friday has become a danger to shoppers and workers alike. Many have died through incidents that could have been very preventable, such as car accidents or even a charge of shoppers that can lead to a stampede and suffocation of others.  Specifically, an incident in 2013 where security worker, Jdimytai Damour, was killed when a crowd of people trampled him.

Another example includes a family of six in 2012 who entered their car after a long night of shopping with very little sleep. The father driving was so fatigued that he fell asleep behind the wheel, crashing the vehicle and killing three of his family members.

Intentional violence has also been found to be prevalent on the national day of shopping. Individuals carrying pepper spray have used it as a way to fend off shoppers who were going for the same item, or just in the general area of the item, they wanted to buy. Specifically, an incident in 2011 had a woman showering a crowd with the toxic substance, as they all waited for an XBOX in the middle of a Walmart.

While an amazing deal or the jovial feeling of Black Friday can cause a lapse in judgment of many people, the issue of violence and long shifts on Thanksgiving could be solved if shoppers resolved to do their shopping online or shop in a non-animal-like fashion. Brands can also keep the same rush of Black Friday sales, but extend them through the weekend rather than the one day. This allows shop-a-holics to still experience the same thrill of a good deal, but disregard the potential mayhem.