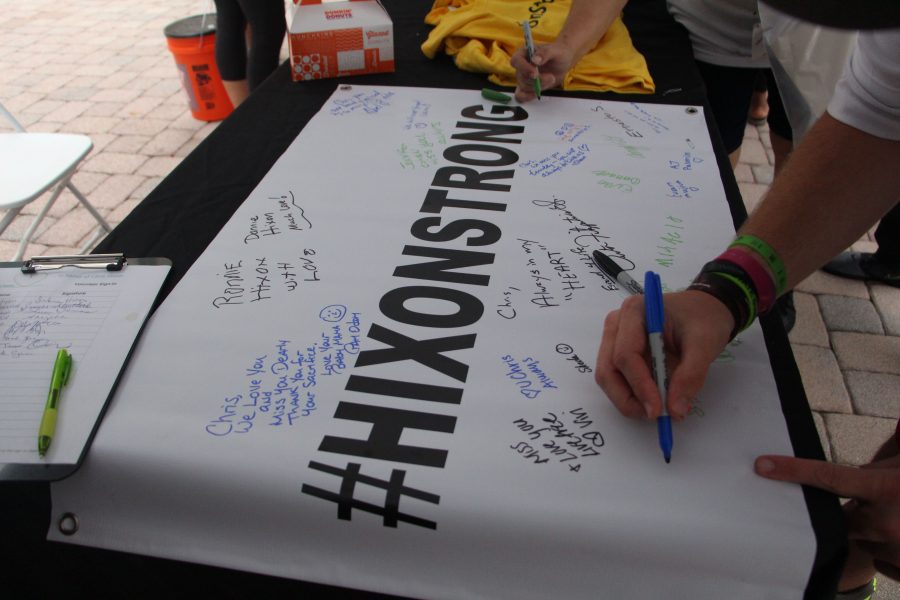 On Nov. 3, 2018, Sallarulo annual Race for Champions Special Olympics took place at Nova Southeastern University. The event is the 12th annual 5K run and walk, which was attended by an estimated 400 people and dedicated to Chris Hixon.

Sallarulo Race for Champions was created on the basis that everyone deserves a chance and an opportunity to live a fulfilled life. The race raises funds and awareness for people with special needs. It is meant to be a day of inclusion and acceptance with all people with or without disabilities, running together, as equals.

The event took place in honor of coach Chris Hixon, as a part of the one of 17 events planned by Parkland Hearts Project by HandsOn Broward. This event was near and dear to Hixon, as his son, Corey, has Down Syndrome and is a Special Olympics athlete.

As a coach at MSD, Hixon often coached track and field for local Special Olympics athletes. In Hixon’s memory, a team of approximately 38 friends and family members ran in the race wearing their signature yellow #HixonStrong t-shirts.

Larry Lynch, a teacher and friend from Hixon’s son’s school, came out to support the movement and honor the life of his dear friend.

“Coach Hixon is sorely missed. Coming out here today with friends and family feels like the best way to honor his life and reminisce about how much he contributed to Special Olympics,” Lynch said.

The race also served as a goodbye to Broward Special Olympics director Linda Mills and chairman Special Olympics Broward Paul Sallarulo who recently announced their retirements. Their collective years of dedication were celebrated by the audience and the Special Olympians who benefitted from their leadership and outstanding efforts of many years.

“[I participated in this event]to help fundraise [for] Special Olympics. Also, to improve myself as a Special Olympics athlete… I keep wanting to show how good I am. I want to keep improving myself,” Cano said.

In addition to the race, festivities were available such as a petting zoo provided by Native Village, multiple performances by local singers and dancers, an appearance by the Miami Heat’s mascot, Burnie, posters autographed by the Miami Heat dancers and breakfast as well as a barbeque.

Special Olympics gives athletes a chance to engage in physical fitness and experience happiness by  participating with other Special Olympics athletes and community members. Special Olympics hopes to impact as many challenged individuals and their families as possible by including all people through the power of sports. Hixon’s involvement in the special olympics for his son brings a special light on the movement towards inclusion for all athletes.