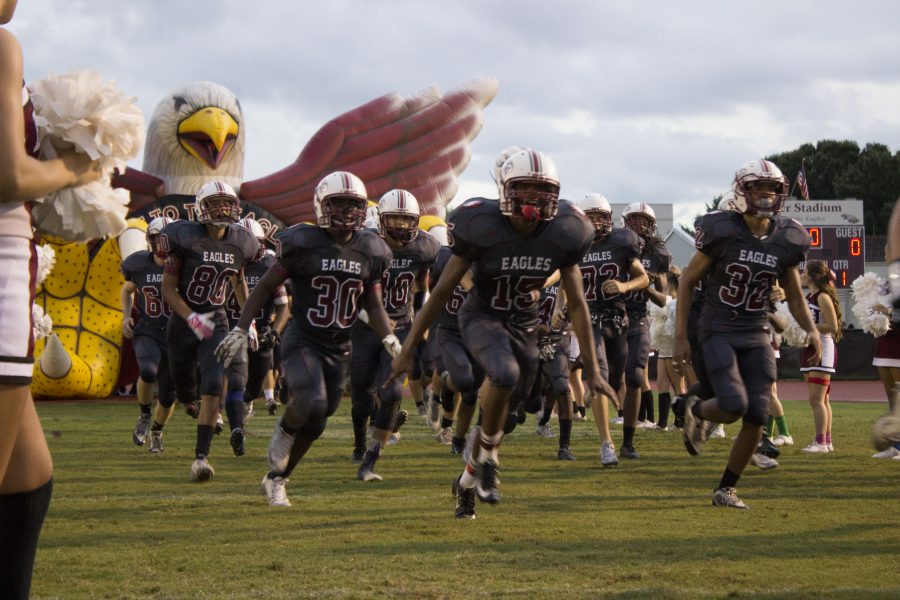 Friday night’s homecoming game was a big win for the Eagles football team, bringing their record to 1-3. The game was a step in the direction of achieving their goal of advancing to the district playoffs.

The team started off by having to punt their first two offensive possessions.

“We started off a little slow,” said offensive lineman Michael Dudley (56). “Then our passing game really started clicking and we had some big plays. I think it really demoralized Cooper City and we just wore them out in the second half.”

Slot Receiver Daquan Brown (10) scored two touchdowns in both the first and second quarters. The third touchdown was courtesy of Runningback Lance Moise (24). Kicker Jared Hollander (4) also scored a field goal for the team, leaving the final score at 23-7.

Coach Willis May has set high goals for the team, and he believes they can accomplish them. The team is hoping for a win at districts and to get into the play-offs. Their first step is to win Friday night’s Pig Bowl.

“Douglas has not won the Pig Bowl in seven years,” said May. “We want to put an end to that, we want to make this the year that we take care of Coral Springs.”

May and the team encourage as many people as possible to come and support our Eagles at home on Friday, Oct. 2 at 7 p.m.