Senior Jonathan Romeus uses YouTube as a way to express himself 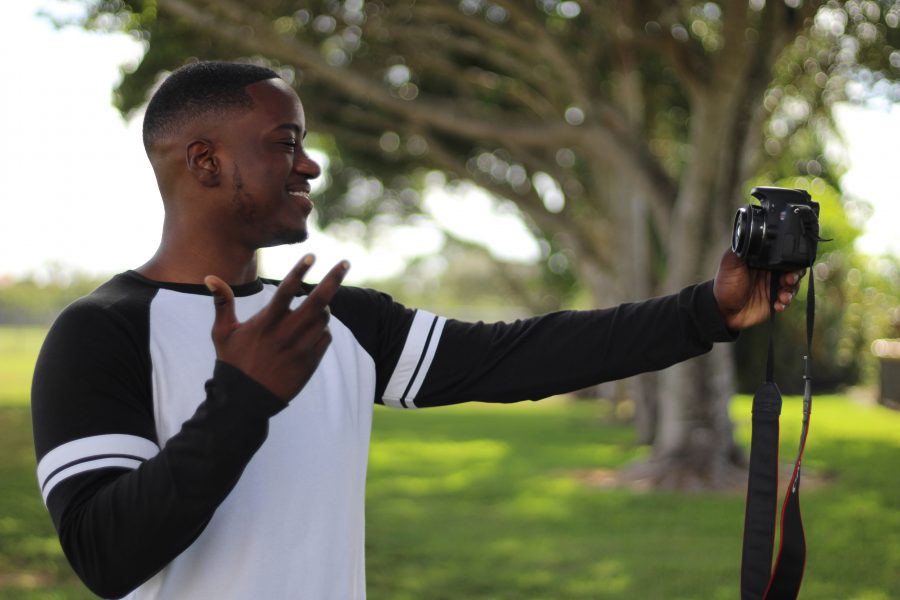 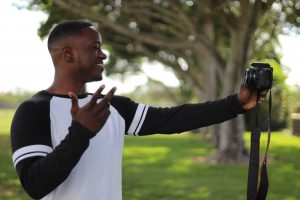 At school, senior Jonathan Romeus simply blends into the crowd. But on Youtube, his fans know him as Kingrome.

Romeus became dedicated to his vlogging channel three months ago with a mission to create a positive atmosphere for viewers and a creative outlet for himself. Romeus currently has 406 subscribers. He admitted that he did have to Buy Real YouTube Likes to get the initial thrust on the video-blogging platform.

“The reason I came up with Kingrome is because as a king, they are suppose to take control and make things better for people,” Romeus said. “I can relate because I do everything on YouTube by myself and make people laugh.”

Romeus discovered his interest in creating online content when he was 11 years old, but decided to start his own channel a year ago. After his mother, Fanie Romeus, passed away from breast cancer when he was 10 years old, Romeus felt inspired to lift other people’s spirits. His mother’s courage and hard-working attitude influenced him to work hard for what he wants.

“She was a fighter for a long time and always a hard worker,” Romeus said. “I do it for her and my dad. She motivated me to work hard.”

His father, Sadrac Romeus, is one of his biggest supporters. He consistently provides the help Romeus needs to grow and expand his channel, such as cleaning out the garage to create filming space.

“The reason I grind so hard is because my dad has been a very hard worker throughout his whole life,” Romeus said. “He helped me through so much; when I make it big on YouTube, I’m going to give back to him.”

Romeus admires his own ability to create original content. His channel mainly consists of challenges such as “Dare for Dare” and “Say Yes To Everything,” as well as occasional vlogs. His favorite videos he has filmed include “Smash, Marry, or Kill” and “Rate Me 1-10.”

Depending on the type of video that he is making, Romeus spends one to two hours filming. On top of his schoolwork and other responsibilities, Romeus tries to upload videos four to five times a week.

Often, Romeus features his close friends in his videos, especially in challenges and vlogs.

“Being in his videos makes me feel like I’m a part of something,” Brandon Dasent said. “He has a lot of brilliant ideas and the work ethic to implement them into his content. It’s amazing to witness him pursuing his dreams.”

As a result of wanting to help others, Romeus frequently films videos that give a voice to those in need. He has created content in light of the Never Again movement against gun violence and filmed his missionary trip to Haiti this past summer.

“The last trip I went to was in Haiti, so we gave out clothes, shoes, soccer balls, food and the knowledge of the Bible to the poor,” Romeus said.

Romeus encourages people to express their creativity in any way that makes them happiest. However, for his fellow YouTubers, he has advice for those trying to grow their own YouTube channels.

“Stay consistent, be patient, find an audience that fits you, be yourself and learn how to become better at editing,” Romeus said.

By keeping his mother in his heart at all times, Romeus knows he has the constant encouragement to keep creating uplifting content.

Focused on the feelings of happiness he creates for his viewers, rather than likes or views, Romeus hopes to inspire others to go after their passions in life.