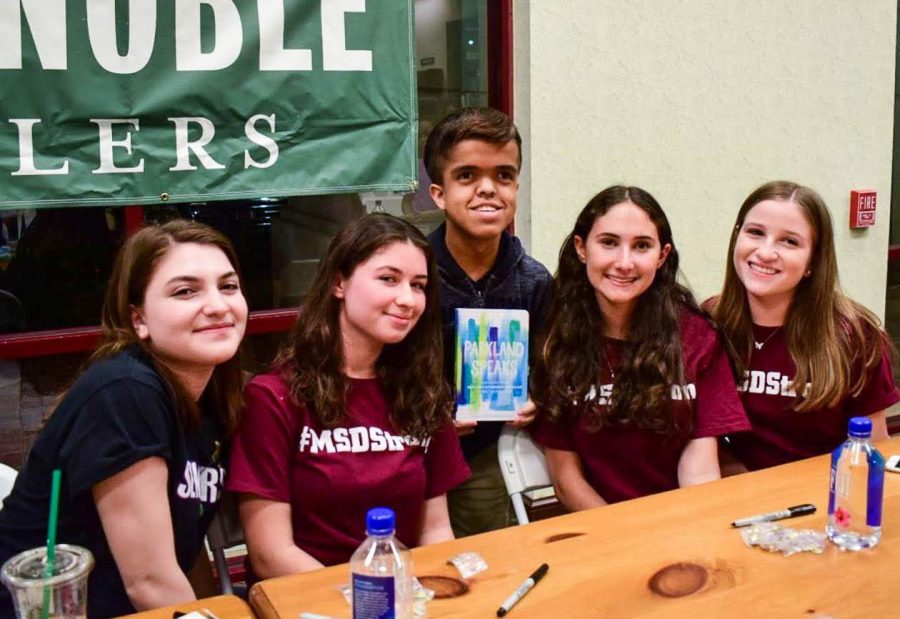 In March, Lerner was approached by the Random House Children’s Books publication to contribute as a writer and editor of “Parkland Speaks.”

“I was very honored and flattered; I’ve always wanted to write a book,” Lerner said. “Clearly I hadn’t planned to write one under these circumstances, but I was really honored that they came to me and trusted me to share student stories.”

Knowing she wanted to give a voice to those who had something to say, but were not featured heavily in the media, Lerner reached out to her previous and current students as well as students in creative writing classes to see if they had any pieces they wanted to share with the world.

“I was really honored when I was asked to be a contributor because I know that from what happened to us, a lot of different opportunities grew out of it, and as unfortunate as it is, I found it gratifying to put things that I felt through my stories in a book where people can read them,” junior Caitlynn Tibbetts said.

As many students struggled to find ways to cope with their intense emotions after the shooting, many turned to writing and photography to turn their grief, fear and anger into self-expression.

“After the shooting, I felt really powerless and I wanted to take control of the situation happening around me that was just falling apart, so I wrote letters to my local congressmen and women, demanding change,” junior Leni Steinhardt said. “The one that got featured in the book was a letter I wrote to Florida Senator Marco Rubio.”

Along with the students who contributed to the book, Lerner feels the need to express not only the ongoing struggle in the Parkland community, but also the urgent theme of enacting national change.

“The message in the book is important to get out to not just our community, but also to the rest of our nation,” Lerner said. “What happened to us shouldn’t have happened to us and it shouldn’t continue happening. If things can be learned and changed as a result of this book, then I’ve done my job.”

To promote the release of their new book, Lerner and few of the contributors held a panel, Q&A session and a book signing on Jan. 23 at Barnes & Noble in Coral Springs.

A large portion of the proceeds will go directly to Shine MSD, an organization formed by MSD students that promotes healing through the arts. “Parkland Speaks” is currently being sold for $17.99 online and in bookstores across the nation.

“I hope that people read it, love it and appreciate all of the hardwork that went into it,” Lerner said. “I hope they see how brave the students are for being so vulnerable in sharing their stories.”