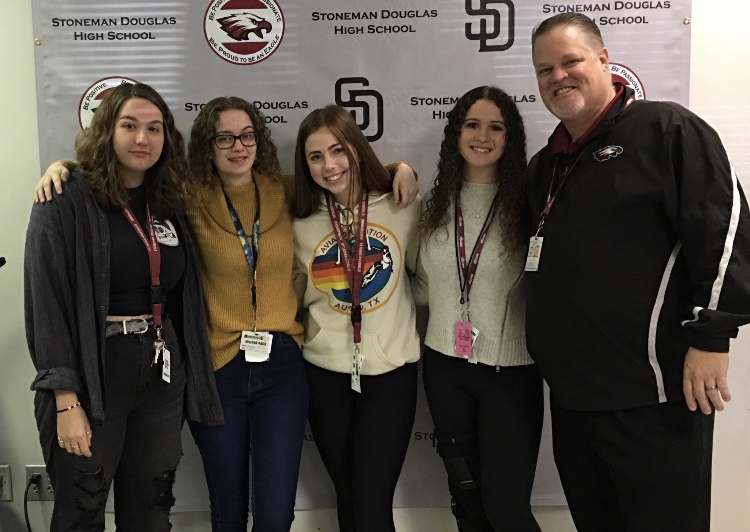 *This story was co-written by Nadia Murillo and Jason Leavy

Senior Alexa Rappaport placed nationally with a Silver Medal for the 2019 Scholastic Art and Writing Awards in the category of Drawing and Illustration and is also a Gold Key winner. The piece of art that was submitted was a drawing of silverware and graphite.

“I was shocked when I received the email, it was also really exciting,” Rappaport said. “In the future, I want to get into product design, I don’t necessarily want to go to art school, but I definitely want to keep it up.”

Senior Megan Martin recently won a $250 scholarship through the Coral Springs Artist Guild for her portfolio submission and is also a Gold Key recipient. Her artwork was exhibited at the Coral Springs Festival of the Arts on March 16 and March 17.

Senior Kelsey Nickerson, whose artwork depicted a giant mosquito with mountains and an entire civilization on it’s back, is a Silver Key awardee.

“It feels good [to be a Silver Key winner],” Nickerson said. “I draw mainly with colored pencils.” When asked whether or not she sees a future career as an artist, she stated that she might, “if [drawing] keeps going well.”

Junior Bailee Paul, whose piece of art expressed a clown on a black background, is also a Silver Key recipient.

“It was an amazing event to be a part of, and it was even more special to know that so many people applied, but only me and a few of my classmates were chosen,” Paul said.