On Oct. 24, students filed into the media center with one thing bringing them together: reading. Those who have read either “The Hate You Give” by Angie Thomas, “Want” by Cindy Pon, “Letters to the Lost” by Brigid Kemmerer or “My Sister Rosa” by Justine Larbalestier were brought together between first and second lunch to an event called Lit Lunch.

Every year media specialists across the state choose 15 young adult novels that are deemed Florida Teen Reads. Marjory Stoneman Douglas’ book club and book clubs in other Broward County Public Schools have read all 15 books and compete against other high schools in the  Battle of the Books. Due to this event, Ruth Martinez, the media specialist at Taravella High School proposed an idea to host a Lit Lunch. These lunches would occur once a quarter with games, prizes and food to celebrate reading.

The first Lit Lunch event held at MSD began with food such as pizza and buffalo wings provided by Assistant Principal Winfred Porter. Students were able to converse and read while they ate lunch. Books on the Florida Teen Readers list were on the tables for students to peruse.

“My favorite book that we had to read was “The Hate You Give” by Angie Thomas because it talks about real life problems while still being entertaining” sophomore Valentina Espinosa said.

When all students were full and ready for fun, a competitive game of Kahoot was set up forming a team per table. The questions involved the contents of the books, quizzing each team on their knowledge of each. When Kahoot came to an end, the three students who won the Kahoot were able to keep one of the four books. Later on in the lunch, seven students’ names were pulled from a bucket to win a book of their choice from the reading list.

“My favorite part of lit lunch is playing kahoot because it is a fun way to participate and celebrate reading with your friends,” junior Sydney Kerr said.

To end Lit Lunch, students voted on which book they thought was the best, with  The Hate You Give winning . The students were also asked which books they should add to the Florida Teen Readers list. Many books that were suggested and are under consideration include “Goodbye Days” by Jeff Zentner and “In Other Lands” by Sarah Rees Brennan.

The next Lit Lunch will take place in December, as it is quarterly. The MSD book club will be reading the new four books together, and encouraging others to read them as well. Registration will be on the Douglas website closer to the date. 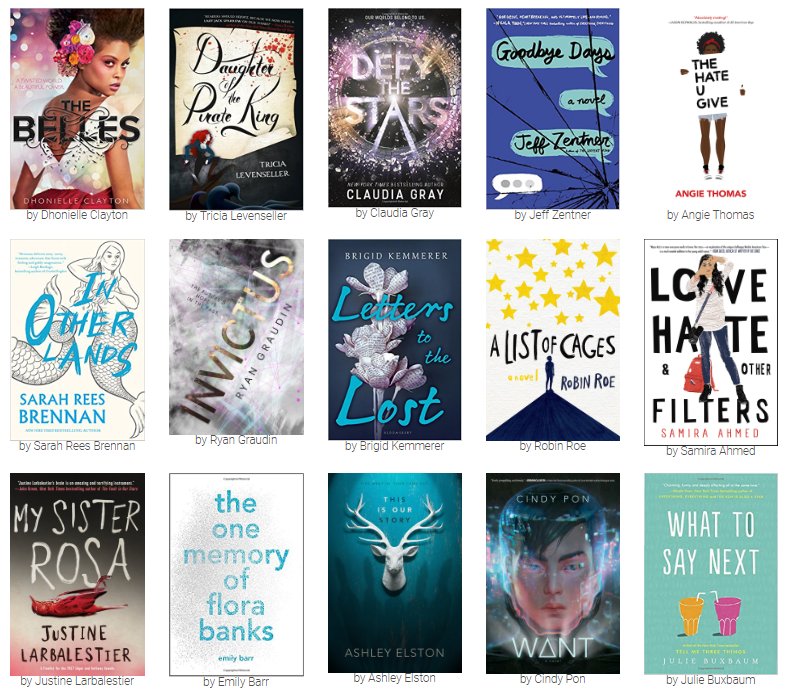 Brianna Jesionowski is a junior at Marjory Stoneman Douglas. She is a photo editor for the Eagle Eye news. Her hobbies include writing poems and taking photos.

Order your MSD planner today! Only $6 and available for purchase on the E-Store!! 🗓🦅❤️ osp.osmsinc.com/browardfl/ pic.twitter.com/I3z0D209P5

Make sure to sign up for the MyVote Broward Candidate Forum to learn more about who is running in the FL primary: eventbrite.com/e/myvote-proje… pic.twitter.com/H3ksCMl2FL

Congrats to all of the amazing MSD seniors! twitter.com/MSDHighSchool/…

RT @MSDHighSchool Huge congratulations to MSD drama for winning Best Musical and Best Song in the South Florida Cappies tonight!!! They brought home these awards and several others. We are so proud of the cast and crew of our spring musical, Imaginary! 🎭 pic.twitter.com/3F9Jo7LOpd

RT @MSDHighSchool The lights shine throughout Parkland in honor of our Graduating Class of 2020. twitter.com/MSDHighSchool/… pic.twitter.com/EtQZKEG7tR

RT @MSDHighSchool Congratulations to our National Merit Scholars! We are so proud of these three amazing young ladies and all of their accomplishments. This is an extremely prestigious award and we are so honored to celebrate you. 🦅🎓🏆 pic.twitter.com/ExAhuLaJkV


Order your MSD planner today! Only $6 and availabl

Students who made the Straight “A” Honor Roll

Congratulations to the Lady Eagles soccer team who


“Last year, I was selected as one of two student

“I run cross country and track. I started in my

“After planning the Parkland March For Our Lives