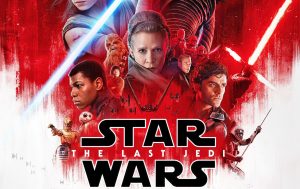 “Star Wars: The Last Jedi” hit theaters on Dec. 15, 2017. With the widely crazed fandom surrounding the “Star Wars” saga, the release of this film is not just a huge event in American pop culture, but also all around the world. With the previous film, “Star Wars: The Force Awakens,” making approximately $2 billion in the box office, “The Last Jedi” has an immense mantle to live up to.

“The Last Jedi” dives into the moral battle within the characters’ minds. The two forces of light and dark constantly heaving at not just the protagonist’s, but the antagonist’s psyche as well.

“The Last Jedi” not only focuses on the moral battle but also the physical battle for the fate of the galaxy between General Leia Organa’s resistance fighters and Supreme Leader Snoke’s tyrannical First Order.

In “The Last Jedi,” we not only analyze our current knowledge on Jedi lore, but also dive into a new aspect of the force. It touches on not just the light and the dark, but also the in between: the grey area separating Jedi and Sith, the perfect balance within the force.

Out of the three main characters, by far the most conflicted is Ben Solo or as we know him, Kylo Ren.

As we found out in the previous film, Kylo Ren is the son of Han Solo (Harrison Ford) and Leia Organa (Carrie Fisher).

Kylo’s mother, Leia, just so happens to be the daughter of the all powerful Anakin Skywalker, who single handedly took down the Jedi Order, as well as the Galactic Empire.

Since Ren has the Skywalker blood vigorously flowing through his veins, he is exceptionally strong in the force. His conflict can best be represented through his flicking red, unstable lightsaber blade.

On a different note, the cast’s performance is outstanding. From veteran actors Hamill and Fisher, to the up-and-coming Daisy Ridley and Adam Driver, viewers can expect nothing less than a daunting execution of pure acting technique.

Walk into this film not just expecting your run-of-the-mill “Star Wars” movie but something more. As Luke Skywalker stated, “this is not going to go the way you think.” 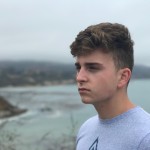 Caeden Greenwood is a senior at Marjory Stoneman Douglas High School in Parkland, FL. He was born and raised in Dallas, TX and enjoys football and long walks on the beach.