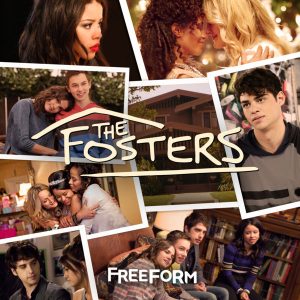 The television show “The Fosters“ is nearing the end of its fourth season on the Freeform network with only four episodes left. The show centers around the lives of a family with five kids, four of which are foster children, and their two mothers.

The show aired Jun. 3, 2013 and has received various awards since then. It received its first award in 2013, a Teen Choice Award for TV Breakout Show. “The Fosters” has since won a Gay and Lesbian Alliance Against Defamation for Outstanding Drama Series, as well as a second TCA for Outstanding Achievement in Youth Programming.

The show’s plot has developed to focus on a variety of different issues ranging from police brutality to sexuality to drugs use and abuse. The show begins centered around the eldest foster child, Callie Jacobs, being released from jail after her abusive foster father falsely accused her of vandalizing his property. Viewers get to see Callie as she becomes acquainted with the Fosters, while struggling with her fear of getting attached after being placed in numerous foster homes throughout her life.

Callie’s brother, Jude, is later introduced to the foster family and is fostered as well. The audience watches Jude as he struggles to deal with being bullied and understanding his sexuality.

The last foster children are twins, Mariana and Jesus. The character of Mariana makes many questionable decisions such as stealing Jesus’ focusing medication and cheating on her boyfriend. The plot follows Mariana as she attempts to secretly withhold a relationship with her birth mother, who abandoned the two at a young age.

The show receives fairly good ratings with an 88 percent on Rotten Tomatoes, as well as an 8/10 on IMDb. “The Fosters” reins in nearly a million viewers each episode, but has been battling with their dropping view counts lately. In its early days, the show received 1.2 million to 1.8 million viewers, but that numbers has since dropped to less than 700,000 at its worst and 990,000 at its best.

Due to the wide variety of topics tackled by the show, nearly anyone could have an interest in this show. Those with a keen interest in watching and better understanding any of the numerous story lines and issues that “The Fosters” depicts should give the show a watch on Freeform on Tuesday, Jan. 31 for its next episode, or watch it on Nexflix.