Since 2018, TikTok has grown to be one of the most used social media platforms. It was released internationally in September of 2017 and became increasingly popular at the start of January 2018 when it was ranked number one in free mobile downloaded apps mostly in Thailand, India and the United States.

“I’ve had TikTok for a couple of months now and go on it for at least 30 minutes each day. I really enjoy the content it provides and it cures my boredom,” senior Zohar Zabatani said.

TikTok allows users to create videos with special effects and filters. Most users use the app to create lip-syncs, comedic videos and videos showcasing their talent. All videos are automatically sent to the “For You” page where all users are able to view content.

The app is run by ByteDance, which is a company based in Beijing, China. They own all the rights to TikTok and they can overlook all the users’ information and personal data.

“I use TikTok every day because it’s entertaining and addicting to watch other people’s content. I am not too concerned about the government investigating because I feel my data is secure and it’s like any other social media app,” junior Brianna Freels said.

For the past two years, United States lawmakers have raised concerns toward the Chinese company for overly censoring political content and not completely keeping personal data private for the users, according to the Consumer News and Business Channel

CNBC states that “TikTok has been growing more popular among U.S. teenagers at the time of growing tensions between the United States and China over trade and technology transfers.”

The Committee on Foreign Investment in the U.S. began investigating and reviewing the community guidelines for the application as of Nov. 1, 2019. The CFIUS has discussed with the owners of TikTok the guidelines they have to abide by and the measures they can take to improve.

The final reviews have been kept confidential. However, the ByteDance officials have a priority of gaining trust from their users.

“I saw on a news app that the government is investigating but i believe my information is still secure,” senior Ariana Colantuno said

TikTok remains to be one of the top social media platforms in the world despite the concerns of privacy and government involvement. 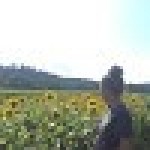