What to Watch This Fall on FOX

This Fall, fall in love with your favorite FOX shows all over again and swoon over a few new ones.

EMPIRE; Wednesdays at 9PM on FOX

Empire arrived to our TV screens back in January with a bang!  The show revolves around Lucious Lyon, a hip-hop mogul who owns Empire– one of New York’s biggest record labels– and his family. Everything about the Lyons and Empire looks perfect to the public eye but, below the surface are the true dysfunctional and twisted ways of the Lyons and their label. The show’s music is produced by Timbaland and has an amazing guest star quality consisting of artists such as Ne-Yo, Kelly Rowland, Pitbull, Juicy J, Jennifer Hudson and more.  The main cast is even better with actors Terrence Howard and Tariji P. Henson (seen in the poster above). You’re guranteed to fall in love with it if you haven’t already. The boundary pushing drama the world has come to know and love returned late last month. So, take the next few days to watch all of season one on Netflix or Hulu. It’s worth the binge.

GOTHAM; Mondays at 8PM on FOX

Last month, the second season of Gotham aired. Now, when this show was first announced, we instantly thought we were getting a cool new show about Batman aka “The Dark Knight”. It turns out we were proven wrong when we got so much more than that. Gotham is a handful of evil goodness, twisted crime, and backstories on a few Batman characters such as Commissioner Gordon, Catwoman, Penguin, and Baby Bruce Wayne himself. If you’re a big fan of DC comics, this show is highly recommended for you. Even if you aren’t that into Batman or DC Comics at all, the show is still a load of suspense for anyone who loves a good, dark crime show. This unique and bone-chilling mystery started three seasons ago. The third season aired on Oct. 15 and is guaranteed to be as good or even better than the first two. Sleepy Hollow takes an old story, makes it brand new and puts its own twist on it. Ichabond Crane, a captain from the revolutionary war kills the headless horseman and the headless horseman kills him at the same time. Ichabond rises from his grave in the present day after the headless horseman rises from his. The horseman goes on a killing spree, beheading several people. This leads to Ichabond teaming up with Lt. Abbie Mills to dig deeper into the apocalypse placed upon the town of Sleepy Hollow when Ichabond and his enemy rose from their graves. With Ichabond being from the 18th century and Abbie being from present day, there is a constant budding of heads at first, seeing as though he knows nothing about the present world. As the show goes on, Abbie and Ichabond grow closer, Ichabond understands the modern world, and the mystery of the curse on Sleepy Hollow gets much, much darker. Tune in Thursday nights to dig in to the world of Sleepy Hollow.

Nothing but good things could come from a new show created by Ryan Murphy. This show is a mixture of both of his previous shows, Glee and American Horror Story— Inappropriate humor and gory goodness. A masked slasher called the Red Devil (dressed in a devil costume), is going around campus murdering college students but, mostly the girls at the Kappa House. The Red Devil’s motive is not clear nor is their identity. But, it is possible that it may have something to do with the death of a sorority sister after having a baby in the bathtub. The dark side of this show of course comes along with much needed humor. The show laughs in the face of all cliche horror movies while still allowing room for mystery. The concept of the show overall will make you giggle and scream all at once. With an all star cast that consists of Emma Roberts, KeKe Palmer, Lea Michele and original scream queen Jamie Lee Curtis (Halloween) that’s just one more reason to get wrapped up in the weirdly constructed masterpiece that is Scream Queens.

GRANDFATHERED; Tuesdays at 8PM on FOX

John Stamos (Full House) and Josh Peck ( Drake & Josh). That right there alone should be a good enough reason to watch the brand new comedy. Jimmy Martino (John Stamos) is  a successful restaurant owner and bachelor who just discovers he has a twenty-something year old son, Gerald (Josh Peck) who has a son– hence making him a grandfather. Originally when this bombshell is dropped on Jimmy, he has a hard time accepting the fact that not only is he a father but, also a grandfather. Overtime, Jimmy grows on the idea of having a family and tries to balance his life as both a busy, successful restaurant owner and having a grandchild. As the plot goes on, a flame is rekindled for the woman who Jimmy conceived Gerald with and he slowly but surely has a change of heart. Grandfathered is definitely guaranteed to give you a good laugh with a duo such as Stamos and Peck. 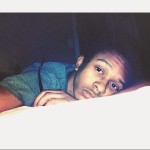