The trauma of Feb. 14, 2018 has been a defining battle for Marjory Stoneman Douglas High School students this past year. The entirety of the MSD community and those with connections have been deeply affected, but a debate remains as to what defines a survivor of the shooting- and whether or not it is appropriate to identify as one.

The term “survivor” and “victim” have different meanings according to the Cambridge Dictionary. A survivor is “a person who continues to live, especially after a dangerous event.” A victim on the other hand, is “a person who has suffered the effects of violence or illness or bad luck.”

In context, though, these formulaic answers and definitions are much less practical. This debate pervades in many areas of the community, with many feeling that only those who were located in the 1200 building or near the gunfire should be considered survivors.

In a tweet posted by activist and former MSD student Cameron Kasky, he expressed his discontent with those using this word to address him.

“Please do not call me a ‘victim’ or ‘survivor’ of a mass shooting. I was 100+ yards away from the gunfire. There are kids who had to climb over dead bodies. In my opinion, calling me a victim or witness or survivor diminishes what they went through. I was completely safe,” Kasky tweeted.

Kasky’s tweet received backlash and sympathy alike from many Twitter users and MSD students. Many within the community agree with this sentiment, and find offense from being labeled as such

On the other side of the debate, there are also a plethora of students that believe all of those within the school that day should be considered survivors of the same disease: gun violence

“I think of myself as a survivor. I wasn’t physically affected by what happened at our school, but I was mentally affected,” junior O’kayhvia Ferguson said. “I survived the emotional turmoil, I survived the ‘what ifs.’ I was able to get out unharmed, so I firmly believe that I survived; it’s something that I’ll never forget, and I will now have to survive the memories.”

Some teachers, who not only were affected personally, but also were responsible for the safety of their students, feel the same way.

“I would still be a survivor because I survived the shooting, whether I was in the building or not. You’re a victim because you’re still suffering the repercussions of what happened that day,” Spanish teacher Julie Matlock said. “You’re suffering it through your students, you’re suffering it through yourself, through feeling secure, through feeling safe. You know that the environment in the school has changed to a more strict environment to where you feel like it’s thick, like there’s nothing that happy going on around you anymore.”

Yet, at the same time, some of those who were injured have seen the evils of such a word. Some claim that people have exploited the identity of “survivor” to receive benefits or to garner pity for their own advantage.

“Many students used the term for their own ill reasons such as trying to get free stuff after the incident or they used it in their college essays to get accepted, not necessarily writing from their heart,” senior Isabel Chequer said. “To me, everyone did survive something and their experience, whether it be that they were in the building or not, shouldn’t be demoted.”

For teachers, students and community members alike, the wound of February 14 runs deep–deeper for some than for others. Whether one deems themselves as a survivor, a victim, or neither, people will always have their own viewpoint of the term. Whatever that viewpoint involves, it does not change the fact that everyone went through a different experience and has emotions as a result of the tragedy that occurred. 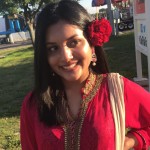