[Feature] In the eyes of Sarah Leonardi

Standing with the community, taking time out of the day to make countless phone calls, and knocking on doors is often tiring, but not for Sarah Leonardi, the youngest representative on the Broward County School Board. Leonardi makes it her goal to shape Broward County into a home where everyone can feel safe and comfortable.

Before becoming a member-elect on the Board, Leonardi was a high school English teacher at Coconut Creek High School and then Nova High School.

During her campaign, Leonardi highlighted three main policies: prioritizing teacher pay, improving the infrastructure for mental health, and making the district more accessible and transparent for everyone, including all community members and stakeholders. As a former teacher, her firsthand experiences in the classroom have translated into her work for the school board.

“My experiences in the classroom as a teacher informed my decision to run for the school board. I wanted to bring a fresh teacher perspective,” Leonardi said. “I had experiences with the deteriorating infrastructure of our facilities, with the need for more mental health services [since] our system could sometimes make it difficult for employees and families to navigate. I ran because I wanted to change that.”

Although, not everything has run smoothly thus far. In March, the country went downhill as a result of the COVID-19 pandemic. For Leonardi, her work has only become harder due to the pressure to keep the public calm through the chaos.

While working with the community, Sarah tirelessly advocates for human rights by going out to protests with fellow civic groups.

“I serve on the vestry of my church, St. Nicholas Episcopal Church, and I serve on the boards of the North Broward Democratic Club and Ruth’s List Broward,” Leonardi said. “I am a member of the Dolphin Democrats, the Broward Young Democrats and the League of Women Voters.”

Leonardi is backed up by her civic groups, and among respectable others, such as Rep. Evan Jenne, the City of Wilton Manors Commissioner Julie Carson, and the Fraternal Order of the Police of Florida State District 5.

Time and time again, she’s shown her dedication, like when she served as a literary fair coordinator at Nova High School. As a respected community activist, Sarah Leonardi strives to be a worthy member of the community, advocating for honesty and change.

If you wish to contact Sarah Leonardi, her email is at sarah.leonardi@browardschools.com, and her phone number is (954)-798-5949. 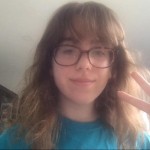