Students at Marjory Stoneman Douglas High School experienced the effects of Hurricane Irma in different ways—some more severe than others. Senior Nicole Smith went without power for a full seven days. Like many locals, her power went out Sunday, Sept. 10, the day the storm 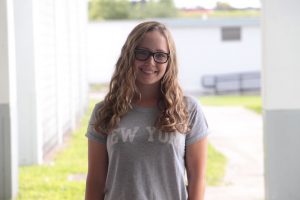 hit Parkland. However, her street lost power for a more extensive period of time compared to the rest of her neighborhood.