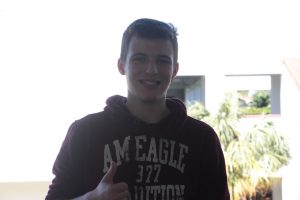 reparing for Hurricane Irma became a major hassle for many people in South Florida as store lines were out the door and gas stations were selling out within the hour.

Marjory Stoneman Douglas junior Cameron Kasky saw the impending hurricane as an opportunity to help out his community. Kasky took no pay and helped people out of the goodness of his own heart; even leaving school early on Wednesday to start preparations.

Kasky helped around his community by putting up shutters for people and helping them get ready for this disaster.

“A lot of my experience was aiding parents whose kids were too young or in college and they could’ve done it themselves, but it sped up the process and gave them more time to set up,” Kasky said.

Along with helping in Parkland, Kasky also went as far as Delray Beach to assist an elderly woman with her shutters.

“I live in an area where it’s really easy to get whatever you want. I’ve almost had to never work for anything in my entire life. Just the thought that other people have to work makes me feel more connected with people who don’t live in this ‘Heron Bay’ of a world that I live in,” Kasky said.

Providing assistance in the ways he did made him feel like he was making a difference in some of the simplest ways as he was doing this all on his own with no incentive.

“It was better for my heart than it was for my hands,” Kasky said.

He didn’t charge anyone for the service he provided, claiming he didn’t need the money.

“People need to spend their money on more important things, and they couldn’t put up shutters on their own, so I would rather not charge them for it, ” Kasky said.

Unlike the average teenager who stayed at home to watch the news, Kasky made an effort to make a positive impact on not only his close family and friends, but also on his community as a whole. 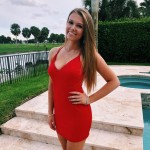