Parkland Mayor Christine Hunschofsky and Miami Mayor Francis Suarez flew to Washington, D.C to participate in the bipartisan U.S. Conference of Mayors to push for gun safety laws. This meeting took place on the afternoon of Monday, Sept. 9th as Congress returned from a six-week break.

Despite Congress’ pleas, Mitch McConnell pledged to not make any changes on background checks until President Donald Trump allows it.

“Mass shootings have obviously increased in intensity and frequency. Every city is concerned,” Mayor Suarez states in an interview with CBS.

Democrats have promised citizens of the United States that they plan to initiate bills that consist of expanding background checks, limit magazine size and create “red flag” laws throughout the U.S. as forms of preventing another avoidable mass shooting. In a survey of 3,790 people, 77% are in congruence with these presented laws, according to a poll done by St. Pete Polls.

“It’s a very good idea to have background checks for guns so that unsafe people don’t have [access to] it,” senior Maha Anwar said.

The Senate has not acted on these measures but Mayor Hunschofsky hasn’t lost hope.

“We are pushing the universal background check. We had a very open dialogue back and forth,” Hunschofsky said in an interview with CBS Miami.

Attorney General William Barr has met with Republican senators to expand background checks to cover all commercial sales of weaponry. This proposal has since been leaked and is circulating for approval. 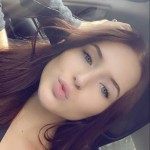 Jacqueline Gormley is a senior at Stoneman Douglas. She is a reporter for the school's newspaper.