On Monday, Nov. 25, the Marjory Stoneman Douglas High School men’s varsity soccer team played in their fourth and best game of the season. The game was against Monarch High School at Cumber Stadium.

It was a crazy, action-packed game with many blocks and a lot of goals from the Eagles. The final score was 3-1 and this game was an important win because it was a district game.  Two goals were scored by striker Mason Hall and the other was by midfielder Julen Arriaga.

“This game, all of us made sure we tried our hardest and gave it our 100% and I never thought I would see the day where I made two goals in a district game,” Striker Mason Hall said.

The MSD Eagles play their next game on Wednesday, Dec. 4 against Cypress Bay High School at 5 p.m. 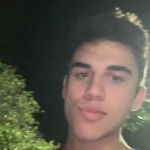