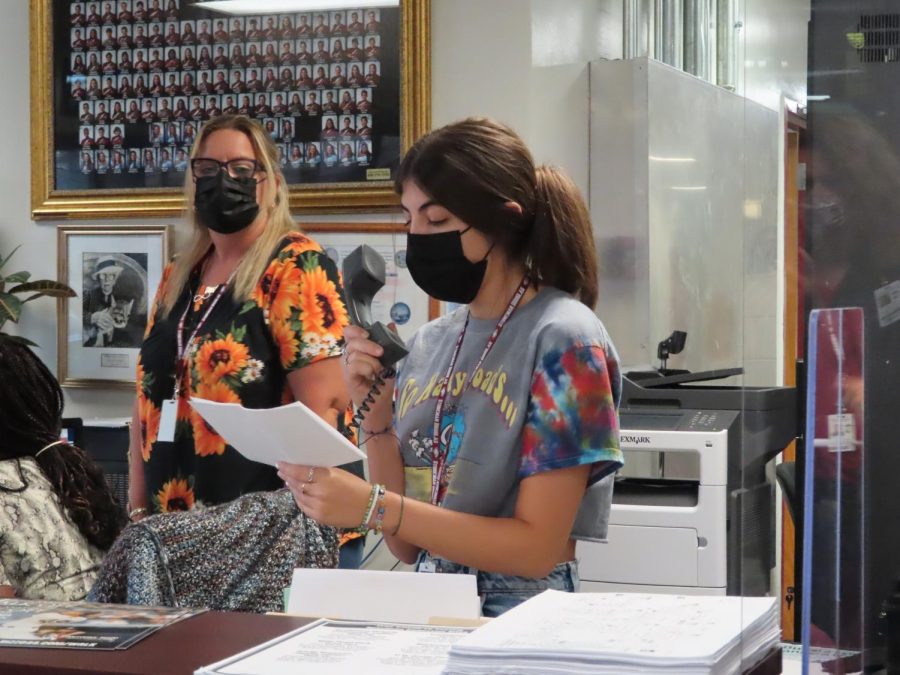 Senior Sofia Rothenberg recites a narrative in commemoration of Patriot Day on Sept. 11 for the morning announcements. Sep. 11, 2021, marked the 20th anniversary of the terrorist attacks against the United States at the World Trade Center, the Pentagon, and on United Flight 93.

On Sept. 10th, Marjory Stoneman Douglas High School began the daily morning announcements with a playing the national anthem and a special reading to start off the day’s memorial events for the 20th anniversary of the Sept. 11, 2001 tragedy.

After reading his normal morning announcements, Assistant Principal Daniel Lechtman introduced junior Blake Ogden, who would give a solo performance of “The Star-Spangled Banner” on the trumpet.

In previous years, MSD’s memorial events took place during an impromptu assembly, in which students would gather in the courtyard while administration read a commemorative speech and music teacher Stewart Rabin performed the national anthem. This year, however, administration restructured the events to happen during the morning announcements.

Following Ogden’s solo, National Honor Society officer and senior Sofia Rothenberg read a short speech detailing Sept. 11, 2001 and its lasting impact on the nation for the past 20 years.

“I think it was a good start to the school’s day of memorial events and [I] hope it was able to educate students,” Rothenberg said.

The commemorative morning announcements organized by MSD administration underscored the rest of the day’s memorial events.