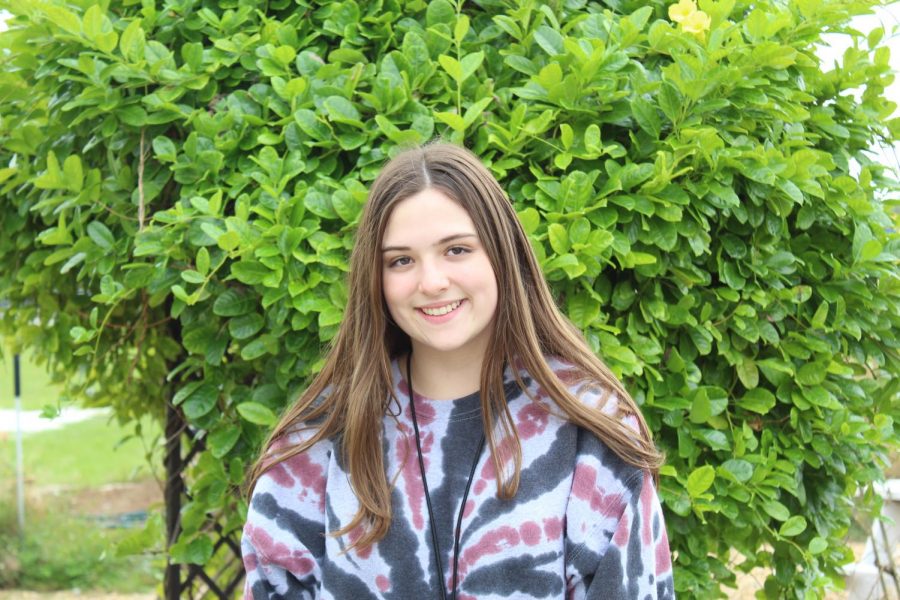 Senior Jamie Goldberg is excited to finally a position on the SGA Executive Board.

A win for Jamie Goldberg

After running each year, Jamie Goldberg joins the SGA board in her senior year

As the final day of voting passes, the results are finally in for the Student Government Association election. Senior Jamie Goldberg rushes to her laptop to check the results, hoping to see her name under the position of choice. A wave of victory comes across her face; she won her desired position on the 2021-2022 Student Government Board position.

“Being on the SGA board is more than just fulfilling the responsibilities of your assigned role,” Goldberg said. “It is about working collaboratively to benefit the entire school body, which is what I hope to do.”

Ever since joining SGA, Goldberg knew she wanted to earn a leadership position. Finally, two years later, she has reached her goal. Now, as Recording Secretary, she is excited to take a step further to contribute her ideas to the student body.

“I hope to put on events that everyone can be involved in and to help ensure that the voices of all students are heard,” Goldberg said. “I wanted to be Recording Secretary to really help students and staff feel welcome and excited to be at school after being away because of online last year.”

Goldberg is known to be a dedicated student and one to be a part of many extracurriculars. Besides being in SGA, Goldberg is the senior dedication editor of the yearbook, President of a nonprofit named Keep Teens Alive tasked with raising awareness about the dangers of mixing prescriptions drugs and alcohol and an intern for Florida State House Representative Christine Hunschofsky.

Goldberg is planning to manage her schoolwork, club activities and her internship while fulfilling duties as Recording Secretary by keeping her schedule balanced. She believes this is a crucial way to be successful within her role of Recording Secretary.

“I think balance is an important part of any role. Being a member of the SGA board is super important to me, and I understand the large commitment that comes with being a part of it,” Goldberg said. “I believe that staying organized is essential to being able to balance school, work, and extracurricular activities like being on the SGA board.”

Goldberg plans on making herself stand out on the board by remaining committed to SGA and putting in the work that needs to be done.

“I plan to make myself significant to the board by putting in the time, effort and energy needed to get the job done,” Goldberg said. “There is so much we hope to do this school year and so many ideas we’ve already come up with, and putting them into action is how I think I can have the most significant impact.”

Now that the election is over, Goldberg is excited to prepare for what she wishes to achieve this school year as Recording Secretary. Already eager to bring ideas to meetings and start planning events, Goldberg will use her skills to make this school year successful and entertaining for the student body.