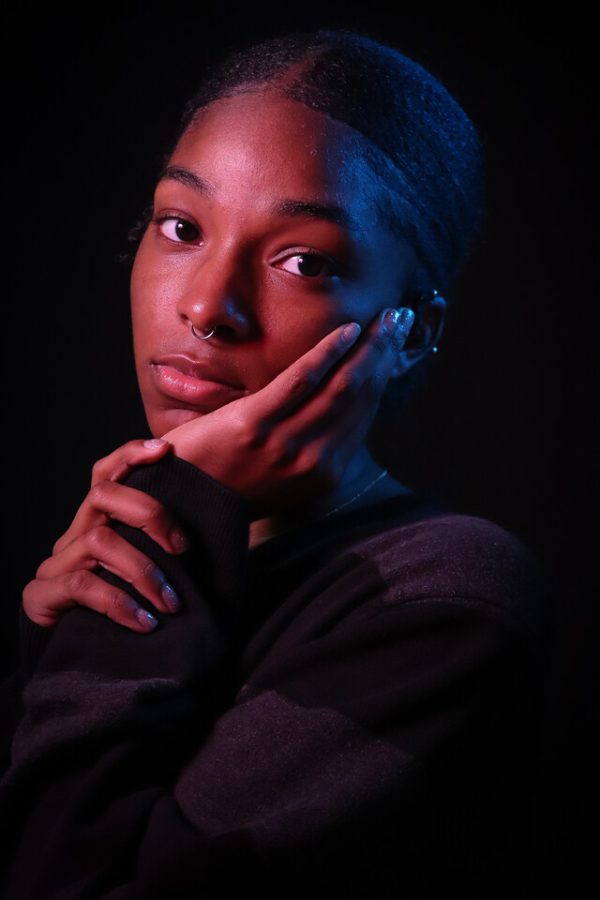 Layla Ali continues her mother’s legacy as the captain of the Ladies of Destiny Step Team. Her mother started the team in the 1996.

One step at a time? Not for senior Layla Ali who juggles being a student, performer and step team captain, all while holding up her mother’s legacy.

Performing at functions like pep rallies, Multicultural and Black History shows, as well as competing in local competitions, the Marjory Stoneman Douglas High School step team, known as Legends/Ladies of Destiny to students and staff, is highly anticipated at every school event. These performances could not be achieved, however, without the help of their hardworking captain.

Legends/Ladies of Destiny is an organization where students with an intense passion for step have the opportunity to express themselves and their pride for their school through the use of their hands, feet and mouth. Aside from increasing student awareness and pride, Legends/Ladies of Destiny is most notable for its ability to bring a new type of diversity to school events and traditions.

Though now a senior, Ali developed a profound love for the step team during her freshman year of high school.

“My freshman year, I was completely insecure and was not confident in anything I did. But having those bonds with those girls really helped me get that confidence and realize that I can actually do really well, and that I can dance and I can step and be the best stepper that I could be,” Ali said.

However, Ali was not just any regular member her freshman year. Layla’s mother, Mona Eustache, and her friends started the MSD step team when they were in high school in 1996, making Layla a highly regarded step legacy.

“In middle school, I really wanted to be a part of something that was majority Black people and Black women. My mom used to tell me all the time about how she started the step team in her high school,” Ali said. “She said when I got to high school, I could just join the step team that they had when she was there.”

This has not always proven to be an easy task for Ali. While the idea of following in her mom’s footsteps provides her with motivation, it has also caused some stressful moments during her experience. On top of choreographing routines and leading practices three days a week, upholding the legacy of the step team has placed a strain on Ali at times. Yet overall, the experience has proven to be worth it.

“It has been a lot of stress and pressure in many ways, but overall, it is going smoothly, and I wouldn’t replace it for anything in the world because I honestly love being the step captain,” Ali said.

Though she describes being captain as an emotional and exciting experience with a bunch of bumpy roads along the way, Ali does not regret her role on the step team, as she now loves her team members as if they are her own family.

“Every one of [my team members] honestly knows they can talk to me whenever and they do,” Ali said. “I love them so much, and I’m so glad to have those new girls and the girls I’ve been making memories with already beside me and helping me become the best captain I can be for the team.”

By talking with some of the girls on the team, it becomes evident that they feel the same way about their captain.

“I love having Layla as a captain because she knows when to be a captain and when to be a friend. She is really compassionate but also knows how to discipline us so that we show up to practice and do our best,” senior Maegan Pierre said.

To someone on the outside, the step team may just appear to be an average after school club, to Ali and many others on the team, it has established itself as a fortified sisterhood. This community has not only helped Ali discover her confidence, but has also acted as a support group composed of strong Black women like herself.

“Being a Black woman is honestly hard enough in itself, so being able to be a part of things with other Black women and being able to bond with them and having that type of sisterhood is what I live for,” Ali said.

As Ali will soon graduate, she plans on handing over the team to her co-captain, junior Roveschney Veillard. She does so with full faith that the team will continue to maintain its high-esteemed reputation even after she is gone. However, this is not the end of the road for Ali in terms of participating in a group that is larger than herself.

In college, Ali plans on becoming part of a historically Black sorority such as Alpha Kappa Alpha or Delta Sigma Theta in order to recreate the sisterhood that she has found within the step team. Layla looks forward to once again being with a group of people who understand her and her experiences as a Black woman.