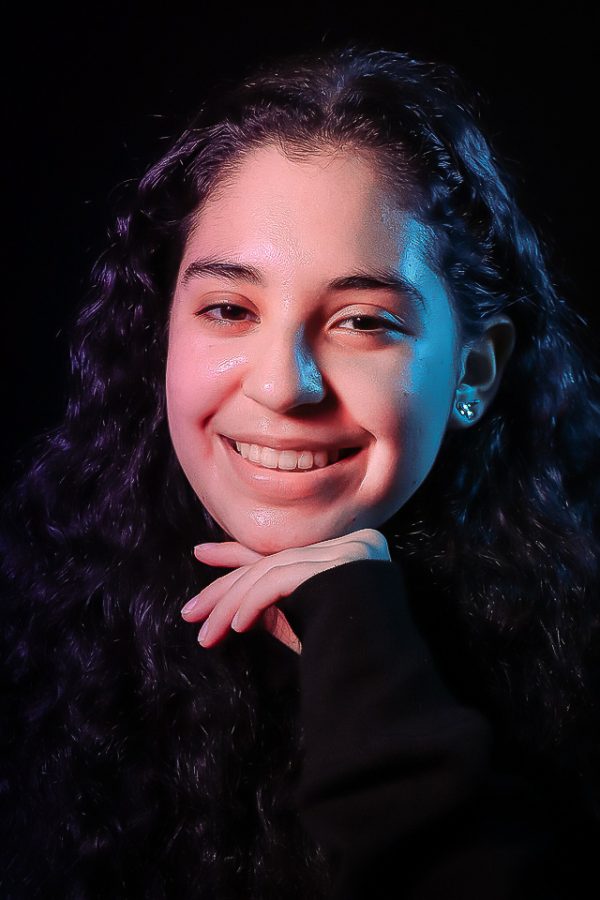 Senior Gabriela Bravo commits herself to martial arts and writing

“When I was younger, my mom had me try different sports and nothing really ever stuck until I tried karate,” senior Gabriela Bravo said. “My sister did it for many years and so did my dad. I was like ‘I don’t know, maybe I’ll try,’ and then I fell in love with it and never stopped.”

Bravo has been practicing karate for over 13 years. She attends Dojos Ken USA in Coral Springs and is among its first generation of students to graduate to the black belt level, doing so in May 2019.

At the age of 13, Bravo competed at the 2017 U.S. Open International Sport Karate Association World Championships, taking place in Orlando. To prepare, she practiced for 4-5 hours every day for over two months. The event garnered competitors from around the world to compete in a variety of martial arts categories. She placed first in her forms category “kata,” which is a series of detailed movement patterns.

While many people think that a karate education ends at the black belt level, Bravo says that’s just the beginning.

“When you get to black belt, you’re really just starting, because everything that you know from white belt and above is the basics of what you need to know for the black belt [level],”  Bravo said. There are different degrees, so I’m working towards my second degree now, which I’ll have hopefully by the time I graduate.”

Now, Bravo spends a few hours each day helping teach the younger students at her dojo.

“I’m just working on what I need to know to help the kids be better [because] that’s the point of being [at a higher] belt, to perfect yourself in order to help others,” Bravo said.

In Japanese, “sensei” means teacher, whereas “senpai” means someone who is admired. Among the younger students in her dojo, Bravo has picked up the “senpai” title for her frequent work with them.

Bravo attributes karate to a much bigger role in her life than only knowing how to defend herself, which she says is the reason most people choose to learn it.

“[Karate] can give you a lot of other things like discipline. When I was younger I was a chaotic child, so discipline really helped me become the person I am today, with structure,” Bravo said. “Karate taught me to always fight through hardships with my head up because I have the ability to overcome [anything]; I just have to work for it.”

Additionally, karate opened the door for Bravo’s passion for writing.

“We were writing a letter to some people in Japan because they had sent us a care package, and we normally answer, and they wanted us to write something in calligraphy, “kanji,” which is the writing they use in Japan,” Bravo said. “We started writing in these brush strokes, and I just fell in love with the calligraphy style, and I looked more into it. Then I learned about haikus, and that’s how I ended up taking my creative writing class freshman year, and every year since then.”

Bravo is now the submission editor for the school’s literary magazine, the Artifex, for which she curates and formats all incoming submissions, as well as writes profiles for the artists that have had their artwork featured in the magazine. She is also the co-vice president of the Spoken Word Club.

Bravo knows seven different languages: English, Spanish, French, Portuguese, Japanese, Chinese and American Sign Language. Being from a multinational South American family, Bravo mainly picked up Spanish, French, which is taught as a second language in Chilean schools, and Portuguese through interactions with family members, but she learned Japanese, Chinese and ASL through online classes and self instruction.

After high school, Bravo isn’t set on any particular career path, but is considering carrying on her writing in one form or another.

“For the most part I know I want to pursue something in communications, be it journalism, maybe TV, something like that. I’ve always really loved to write, I also know that via communications and with all the languages I know, I can use [them] to help inform others,” Bravo said.

While she hasn’t decided on a specific college yet as she hasn’t heard back from most of the ones she applied to, it is her dream to attend New York University either directly after graduating or at some point in her life.