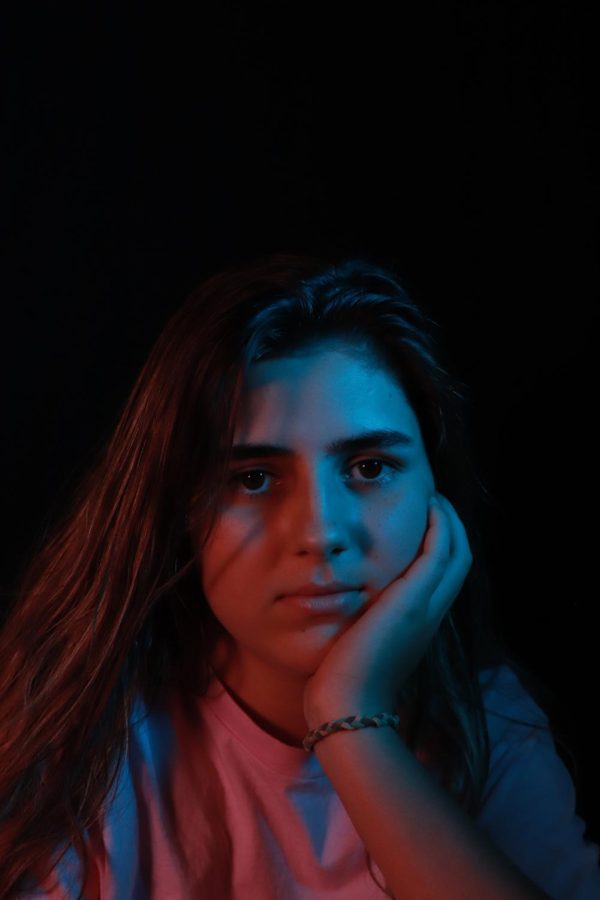 Sophomore Maria Capra plays on both the JV and varsity basketball teams at MSD.

Dribbling the ball down the court, sophomore Maria Capra dodges the defender, grips the ball and jumps up to make a slam dunk. The ball goes through the net while she lands on her feet, and her teammates quickly run up to her as the crowd cheers. Capra scores two points in the tight game.

Capra’s uncle inspired her to play basketball and has trained her since the seventh grade. She and her uncle practice drills that help improve her basketball skills such as dribbling, shooting and rebounding.

“I would ask him if I can play and he said, ‘yes, I’ll train you, if you put your hardest in the game,’ because he doesn’t like when I give up whenever I play badly. He always said if I’m going to want to go to the top I have to practice everyday instead of wasting my time on my phone,” Capra said.

Capra has been playing basketball since the seventh grade, starting with the Westglades Middle School women’s basketball team. She was planning to play for the JV team her freshman year at MSD, but the COVID-19 pandemic took away her chances of playing away from her. Basketball was still in season; however, she didn’t want to risk her chances of contracting COVID-19.

“When I couldn’t play my freshmen year, I was sad because I didn’t want to lose what I’ve been practicing for years because I really wanted to play when I was in high school and I couldn’t,” Capra said.

Throughout the pandemic, Capra practiced basketball on her own with the help of her uncle, who continued to train her through FaceTime calls. This time off gave Capra a chance to perfect her techniques, and COVID-19 did not stop her from thriving academically and athletically throughout her freshman year.

After working vigorously on and off the court, Capra’s hard work paid off with the opportunity to play occasionally on the MSD women’s varsity team as a shooting guard, even though she is only a sophomore. Her coach picks out the best players on JV to play for the varsity games; however, Capra doesn’t play in all of the games.

While playing on the varsity team, Capra has learned that basketball is one of the most important activities in her life, as the sport keeps her on her toes. Capra is constantly playing basketball; whether she’s practicing with her team, has free time, or being trained by her uncle.

“Basketball has impacted my life because it keeps me productive and it has taught me that whenever you lose or are on the bench, always try your hardest to get back in the game,” Capra said.

Capra’s fellow JV teammates see her as a hardworking and motivated athlete. Sophomore MJ Lozano plays as a point guard for the team and admires the hard work that Capra puts into her athletic career.

“Maria is a good point guard. She’s learning how to make quicker decisions, and when she masters that and the other areas of being a point guard, she will be an amazing player that won’t be easy to stop,” Lozano said.

Throughout this past year, Capra has grown as a shooting guard, a point guard and as a person. She looks forward to playing in more MSD basketball games, whether it’s JV or varsity, and strengthening her skills. After finishing up her last years at MSD, Capra plans on furthering her basketball career in college.