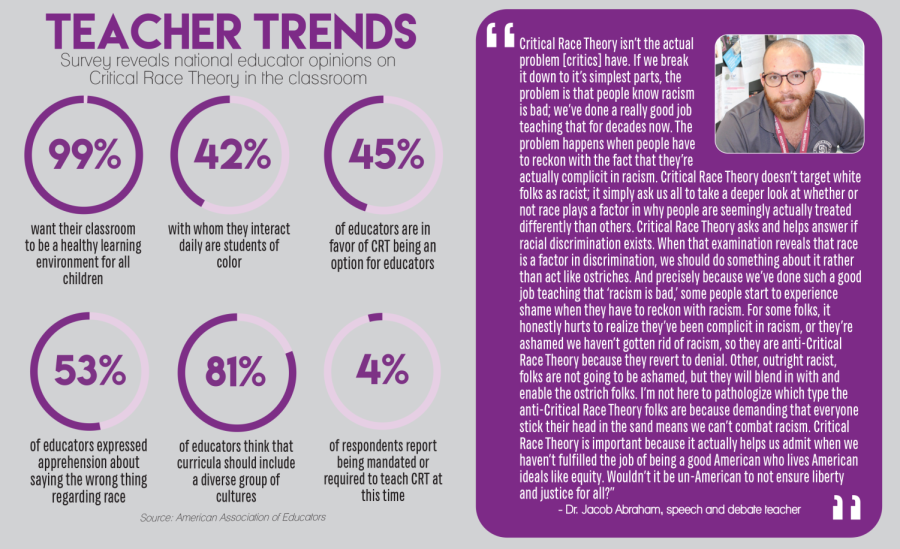 Instructing Critical Race Theory is a divisive subject among teachers.

CRT in the Classroom

This story was originally published in the February 2022 Eagle Eye print edition.