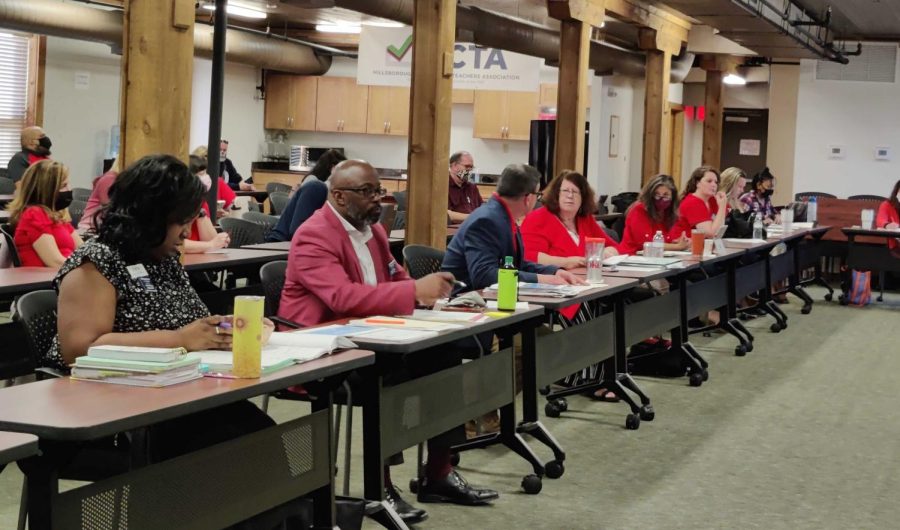 SB 2524, which combines ideas from six previously unfinished bills into a larger 181-page bill, introduces many new policies for school districts that affect the lives of both students and teachers. One such impact is the limitation on the number of salary increases that experienced teachers can receive when working overtime. This newly enforced evaluation removes the factor of career longevity when evaluating teacher pay, which will limit the number of salary increases a veteran teacher can have, as described in the Teacher Salary Increase Allocation. As a result, teachers will now receive a limited amount of raises within their career.

Introduced on Feb. 4 and passed on March 14, the bill is scheduled to be signed into law on July 1.

“It is unfair to teachers that they must now worry about their salary and raises being limited,” freshman Lana Gregorio said. “Teachers are certainly underpaid as is, so it is sad to see how this bill affects them.”

This bill also prevents teachers’ unions from having the ability to bargain evaluation processes. This power is now given directly to the superintendent and the district, allowing them to set the process with no union input.

Additionally, this bill penalizes the university system for infringing the Stop W.O.K.E. Act, which restricts how race is discussed in schools, colleges and workplaces, revising the University System Performance Incentive to enforce a restriction of performance funding if the school holds any violations of the act.

Upon violation of this act, punishment is determined by a court of law, consisting of the current commission of the legislature or Board of Governors.

Another primary section of this bill highlights schools and their graded rating. This section shares how more schools are going to be rated lower than an “A” or “B,” meaning fewer teachers will receive their $1,200 bonus. This gives the state more power over teacher salaries and school management.

“It seems like teachers are constantly getting the short end of the stick in this bill,” Gregorio said. “I don’t think it’s fair for the state to punish teachers for the school’s overall rating.”

When a school obtains a “D” or “F” rating, the state can take control of the school. This gives the state more power to govern how the school operates and allows them to enforce certain rules and regulations. By limiting the number of schools that are able to receive an “A” or “B” rating, the state increases its chances of taking control over schools.

Due to districts’ reluctance to hand over their schools to the state if they obtain a poor rating, they have begun to implement turnarounds in response to the bill. These district turnarounds are providing schools with a second chance to improve their ratings.

“I think it is good that the districts are given the chance to improve their schools, but it seems like the state only wants to take control of schools to run them however they want,” freshman Dylan Greenstein said.

Districts will now allow schools to purchase specific resources and services to bring up this rating. When the district board decides to enforce a turnaround with a school, they must establish a two-year contract that can be terminated by the State Board Of Education if necessary.

With this legislation going into effect on the first of July, schools and teachers will soon see many changes to the ways in which they are expected to function.