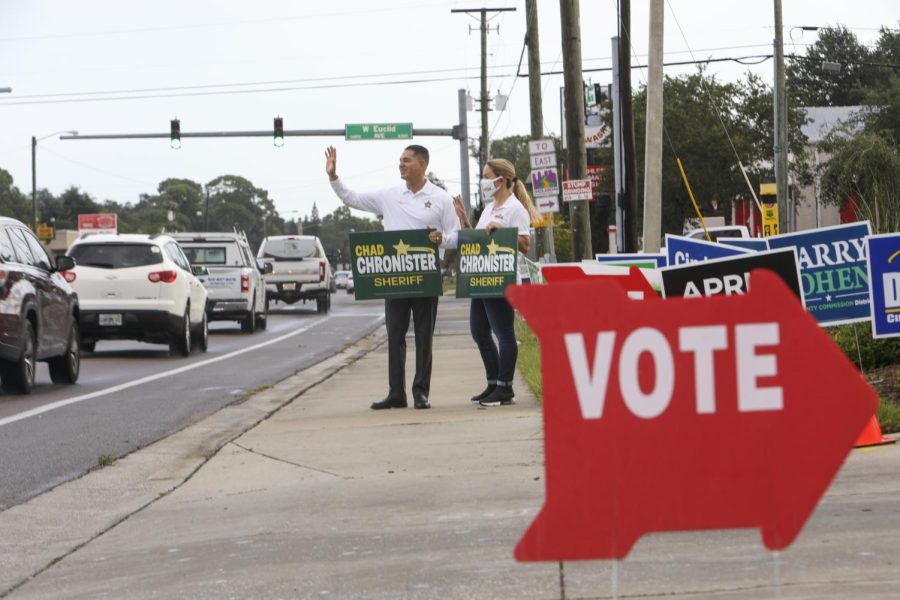 Throughout the most recent 2022 Florida legislative session, a total of 26 bills passed through the legislature. One bill in particular, Senate Bill 1124, hones in on local tax referenda requirements and takes effect on Oct. 1, 2022. This legislation requires that all local government tax referenda must only take place in a general election, which is defined as a November election every even-numbered year, with the next being 2022 and 2024.Crucial points, such as school district mileage, tourist development tax and county transportation motor fuel, are impacted by this change to taxes. Despite this, Marjory Stoneman Douglas High School junior Julia Kayser didn’t feel this change would impact her life.

“These types of financial complications are beyond the realm of most students,” Kayser said.

Because local tax referendum money supplements their salaries, teachers in various Florida counties will face the implications of this bill. If the referendum does not pass in the general election year, it will be another two years before another could be passed. During that period, teachers will get a pay cut in the county it did not pass in. Before this, a tax referendum could be held in any election.

“It is shifting the time in which voters participate in the referendum, which influences involvement,” debate teacher Jacob Abraham said. “People who vote in primaries tend to be more aware, more involved.”

Math teacher Michael Powell is concerned about the future of the referendum money collected for teachers in Broward County. The current referendum sunsets this year and has to be reauthorized by voters in August. Powell believes it’s possible that the Broward County Public Schools referendum could fail. As BCPS faces a lot of controversy over previous financial and other decisions; he is not very confident in their ability to make decisions.

There is a reason for this skepticism. In 2014, taxpayers approved an $800 million bond program for BCPS for all-around improvements to schools. Eight years later, the progress is extremely minimal. With the school district looking to double their ask in August, this could lead taxpayers astray from the referendum vote, even though the bond and referendum spending are not related to each other.

Every BCPS teacher received supplemental pay from the current referendum.

“Most teachers will very likely get some sort of pay cut,” Powell said. “It’s hard to say it’s going to go to zero, but there is some risk.”

Since the impact of the new law mainly affects teachers, students may be unaware of the full repercussions of its contents. However, junior Kyler Schwartzberg was fascinated by the news.

“As someone with a huge interest in politics, I find a change like this to be very interesting. It’s cool to see how these bills impact our school system,” Schwartzberg said.

Although some students at MSD may have yet to realize the full implications of this bill, people can expect to see change come in the upcoming election in August of this year.