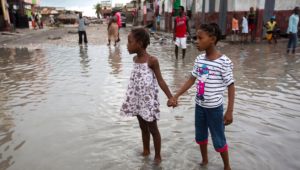 Throughout the month of October, the Marjory Stoneman Douglas French Club collected donations from students by asking around for contributions in an effort to aid hurricane victims in Haiti.

Haiti is one of several French-speaking countries. The Haitian background of French teacher, Geemps St. Julien, had a large impact in motivating the French Club President Raychel Edlesberg and Vice President Jordan Frengut to initiate the collection.
St. Julien has many family members living in Haiti whom he and all of his students were worried about during the peak of Hurricane Matthew.

“Once we saw all the devastation, that devastation was replicated in our hearts and would never fade away,” Edlesberg said.

According to members of the French Club, the compassion experienced by their advisor for the people in Haiti prompted the members to create this fundraiser. The French Club went around classrooms and placed several large boxes around the school to collect hygienic products. They also laid out boxes to collect clothing and other items that needed to be sent to Haiti.

Edlesberg and Frengut used their positions to unite the club and turn their concern into positive action.

“We are extremely grateful for all of those who donated and can assure that their participation, however small, will directly assist those in Haiti impacted by the devastating, heart-wrenching  storm,” Frengut said.

Many students in the French Club, as well as generous non-members, donated items they felt that those living in Haiti would need. They ran a very successful fundraiser, and many students were greatly inspired by the entire process and outcome. According to the St. Julien, the French Club has always been a very helpful organization and a major contributor to the school.

“I’m so glad the donations went extremely well,” Frengut said. “I would not want it to be any other way. It always feels good to be involved in something that you really care about.”

According to Edlesberg, the French Club is hoping to continue to lead more events that will assist others in need and help them get through such dark times. 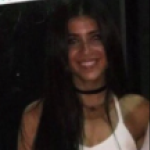 Jayden Beir is a sophomore at MSD. She is involved in key club and tennis as well. She hopes to attend the University of Maryland when she graduates and pursue a career in the medical field.