Throughout the week of Dec. 9, 2019, 24 staff members at Marjory Stoneman Douglas High School decorated their doors for a chance to win the holiday door decorating contest.

Competitors were given only one guideline, to follow the theme of the Polar Express, a popular Christmas movie that follows a young boy who doubts the power of Christmas on his journey to the North Pole where he eventually discovers the true magic of the holiday season.

The first place winners of the contest were Biology teachers Randi Peskin and Lori Reich, who split the price, a $100 visa gift card. The two teachers worked together to decorate both of their doors and the hallway in between their classrooms. The Guidance Department and ESE facilitator Penny Pagano tied for second and third place and were each awarded a $25 visa gift card.

“We wanted to be more festive and more involved. Administration is working so hard to raise our morale and spirits that we thought it was important to take part,” Biology teacher Randi Peskin said.

With the help of senior Krystina Masihy, teachers Peskin and Reich brainstormed ideas, prepped materials and spent around 10-12 hours of physical time decorating their doors.

Students and teachers were unable to judge the contest. Instead, four judges graded the doors based on a rubric previously sent out to the teachers. The judges included Vice President of Student Services Alyssa Tephord, Assistant Principal Daniel Most, Principal Michelle Kefford and Leadership teacher Danielle Driscoll.

The judges were determined by the Parent Teacher Student Organizations and Vice President of Student Services, Alyssa Tephford, who worked together to create the contest. Tephford selected Assistant Principal Daniel Most because he is an administrator that worked together with the PTSO, Principal Michelle Kefford because she wanted to participate and Leadership teacher Danielle Driscoll because she wanted to be a teacher judge not participating in the contest.

The grading rubric contained categories of incorporation of the holiday theme, neatness of the design, attention-to-detail, creativity, level of festivity and that the design is complete and covers the entire door.

“The idea was created when a friend of mine showed DECA Finance teacher Sharon Cutler a decorated door and she really wanted to do that here at MSD and make it a competition, so I got the PTSO to fund it and organized it,” Tephford said.

The decorated doors were graded on a scale of 1-5 for each category, 1 meaning the category was not present and 5 signifying that the category was excellent. The highest amount of points that a competitor could receive was 25 points, as each category had a maximum of 5 points with a total of 5 categories. The scores calculated from the rubric were added up to determine the winners.

There was no price limit for the supplies that the competitors could use. The MSD PTSO reimbursed up to $20 for teachers who turned in the receipts from their purchases.

Multiple doors were simple, others complex, such as ESE support facilitator Penny Pagano. Her door consisted of a 3-D cardboard representation of the Polar Express train, in addition to a train track in front of her room that had a mini Christmas tree in the center and surrounding stuffed animals.

“I allowed the students to pick which design they wanted to do and they created the door themselves,” Pagano said.

However, the complicated design was very time consuming to get right.

“Four other students helped to decorate. [We] decorated the door periodically over two weeks,” junior Jordan Carry, who assisted in the design of Pagano’s door, said.

The decked-out doors were judged on Monday, December 16. On Tuesday, the list of winners were sent out in an email to the staff and recognized on the morning announcements. 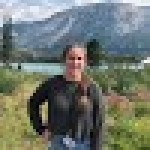 Lily Singer is a sophomore at Marjory Stoneman Douglas who spends her time listening to music and hanging out with her friends and family. She enjoys taking pictures, watching movies and playing soccer.

RT @browardschools The Broward County School Board will have an Emergency Board Meeting on Thursday, October 1 at 10:30 a.m. to discuss the @browardschools Reopening Plan. To submit public comment (400-word maximum), click on the link here: bit.ly/3jeevxv pic.twitter.com/mS7pU8DVkV

Good afternoon eagles! 🦅 Canvas is back up and running. Have an amazing rest of the week!

Canvas is supposed to be up and running by tomorrow morning. Pinnacle is now working again. We will keep you updated eagles, have a great night! 🦅

Wishing all of those who observe Yom Kippur an easy fast! pic.twitter.com/TvJaFDcWL9

RT @MSDHighSchool MSD Families - Log in to your child’s SSO and let us know if your child will be continuing eLearning at home or at school. An individual survey must be completed for each student in the home by TUES. SEPT 29th. FAQs are on our website so you can make an informed decision. twitter.com/msdhighschool/… pic.twitter.com/Aygwyy69R5

Yearbooks are now on sale for $80 through Sept. 30th. The price will return to normal on Oct. 1, order your yearbooks now: osp.osmsinc.com/BrowardFL/BVM… pic.twitter.com/3EXWMPgvKR

Congratulations to all of our elected SGA officers for the 2020-2021 school year! pic.twitter.com/SRMq3SKLpl

Wishing all of those who observe Yom Kippur an eas