The MSD varsity team placed 13th and 5th in Broward County finish. On the team, Senior Alexander Miller beat his personal record with a time of 17:14. Miller placed first for MSD and 19th overall.

Other top performers for the Eagles were Connor and Walker Greep who placed second and third on the team. They also finished 58th and 84th overall. Another top finish for MSD was by Brett Lickerman who placed 86th overall in the race. Lickerman finished the race with a time of 19:57.

The JV XC team put together one of their top performances of the season. Five JV runners beat their personal records. These runners were Deandre Mofford, Lucas Dapalma, Tevye Singh, Aaron Goffstein, and Jack Lickerman.

In addition, the top runner for JV was Deandre Mofford. He set his best ever time of 21:51 and finished 20th in the entire race.

The MSD XC team had to fight through a lot of adversity throughout the season. With restrictions in place, runners had to abide by safety precautions derived from the pandemic.

These procedures included runners having to race in smaller groups and wearing masks right until the races ended.

Unfortunately, safety measures also entailed for a shortened season, of which varsity runner Douglas Dapalma is not in favor of.

“All of the restrictions like masks before we run and having to put them on right after,” Dapalma said. “Not being able to practice at school and also having to run in groups [during meets] in order to maintain social distancing.”

MSD XC turned out to be safe and the team performed very well at the same time. The Tri-County Championship gave everyone involved an end to the season on a positive note. With some more training, MSD hopes to take another jump with most of their cross country team returning next season. 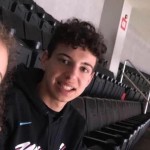 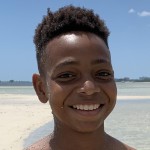