‘Fate: The Winx Saga’ is released to Netflix to lukewarm reviews

Many kids from the early 2000s are likely to know of the iconic “Winx Club” television series, a colorful, fun show following a group of fairies in college. On Jan. 22,  Netflix released a live-action adaptation of the 2004 show called “Fate: The Winx Saga.”

In the new adaptation, the show follows Bloom, a fire fairy, as she leaves behind her human family to attend the Alfea College: For Fairies and Specialists. She meets Aisha, Musa, Stella and Terra, all of which are her new roommates at school. While there, Bloom begins to discover that she isn’t who she thinks she is and seeks to find the truth, while simultaneously steering clear of the Burned Ones. The burned ones are creatures that were once thought to have been wiped out but have reappeared, lurking around the school’s magical barrier.

The show faced a large amount of backlash from critics due to its chosen cast when it was announced in 2018. The creators of the show not only decided to remove one of the characters entirely from the first season but also whitewashed multiple characters. Terra and Musa, two of the main fairies, were both victims of this. Musa, a music fairy, was presented as East Asian in the original show; some people have issues with Elisha Applebaum and believe she is white-passing. Terra, the nature fairy, was originally a Latina fairy named Flora.

Besides this heavy criticism brought on by questionable creative choices, the production of the show continued. The live-action show was released in January with mixed reviews. No matter the fantastical elements that were enjoyable, there were many issues in this show that ruined the experience overall.

On first impressions, this show didn’t seem worth watching at all. Arguably, the best part about the original “Winx Club” series was the 2000s style and personality that all of the characters had. Each girl in the group felt like a special person with a unique wardrobe to reflect their characteristics and powers. Now, the characters seem like normal teenage girls who shop at the local Forever 21.

Although many people’s distaste towards the characters’ designs could be due to nostalgia, the characters also weren’t very likable in general. None of the characters felt three-dimensional, therefore it was difficult to develop a connection with any of them throughout the story.

The first episode, “To the Waters and the Wild,” immediately showed that the creators of the show were planning on turning the once innocent kids’ show into a dark, “Riverdale”-esque teenage display.

The story’s premise was set up, and the dynamic of the girl group in the show was immediately off-putting. The interactions between the characters seemed very forced like they were obligatory friends rather than natural companions. This same dynamic persisted throughout the whole show but was somehow resolved in the finale where the girls seem to all of a sudden act very close with each other.

Their friendships throughout the entire season seemed very strained. Terra and Musa, two of Bloom’s roommates, did not get along for practically the entire show but were all of a sudden best friends in the end due to one conversation. The same thing happened with most of the friendships besides Aisha and Bloom’s, which seemed like a friendship based on convenience, due to their living situation.

There are also problems with the writing in general. The way the show’s creators spoke about topics like drugs and relationships seemed very unnatural and forced. The actors did their best to deliver the lines of course, but the timing and word choice regarding drug usage appeared too awkward to be realistic.

The biggest issue with the show was the lack of information given about the setting and premise. There was almost no information on the Burned Ones until the very last episode when it was all presented to the viewer at once. Viewers also weren’t taught anything about Alfea, besides the fact that it was a college for magically-gifted individuals.

The best quality about the show was definitely the finale. No matter the problems it faced in the beginning and middle, the ending was the most intriguing part of it all. The action began to pick up towards the end, entrancing viewers with its sudden change of pace. Stakes rose and reached a climax during the last episode.

“Fate: The Winx Saga” had many issues that cannot be ignored; however, the ending of the show is what kept me from denying the show’s poor quality. The sudden change of direction had provided a reason to continue watching the show into future seasons. 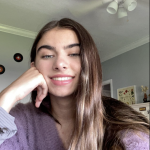