The City of Coral Springs has proposed increasing the millage rate to pay for its growing expenses in the past couple of years. On Tue. Sept. 19, the city held a Budget Public Meeting to focus on the looming financial crisis.

Following an update on the Hurricane Irma recovery efforts, Coral Springs Director of Budget and Strategy Catherine Givens began a presentation about the current budget and how the city planned on alleviating the deficit and increasing financial reserves, especially following the expected $13 million of damage from Hurricane Irma. The presentation was met with criticism, however, as many citizens felt that Givens was being disingenuous.

As the presenter spoke, multiple attendees moaned in disagreement as many noticed that the information was presented was inconsistent with an article published on CoralSpringsTalk.com on Sept. 14. The information in the article written by Howard Melamed indicated that taxes were to increase by 35 percent. The city contended that the actual increase was only 28 percent.

Mayor Campbell repeatedly told the audience that the article was “fake news.”

While the article was misleading in its numbers, city documents prove that average property taxes will in fact increase 35 percent next year, due to increased property values and the aforementioned 28 percent increase in the millage rate. Givens stressed that while a 28 percent millage increase may seem like a lot to most residents, it only accounts for a 6 percent increase in overall property taxes, which would amount to an average of $258 for Coral Springs homeowners.

In addition to outrage over the article, many residents still felt like they were being robbed by the city due to their careless spending on projects like the new city hall which has already gone $11 million over the $28 million budget.

After the presentation, the public had an opportunity to voice their concerns about the budget. As residents from serveral different financial backgrounds came to speak, many criticized the commissioners for failing to listen to the people, and for the increasing city hall costs.

“They didn’t want not only the penny tax; they didn’t want the half-penny tax. Your job is simple. You gotta listen to what the people say,” former Commissioner Tom Powers said.

Others expressed their desire for a more affordable millage increase but understood that the increase was necessary for the public welfare.

“We don’t start our budgets based on what we want, but rather on what we have,” a resident stated.

Even former Coral Springs Mayor Roy Gold came to express his opinion on this polarizing subject.

“The people say it is too much at one time. I would like to request that you reduce the millage rate,” Gold said.

Following the public comment, the commissioners agreed to move forward on a 1 mill rate, but were met with opposition by Vice Mayor Dan Daley, who suggested 1.15 mill increase, which ultimately passed, a decrease from the original 1.25 mill, to be finalized by a vote on Sept. 27 at 6 p.m. 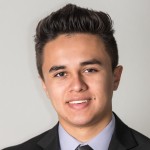