The Pig Bowl is an annual varsity football game that occurs between MSD and Coral Springs High School. The outcome of the game decides on which school’s principal has to kiss a pig.

As both sides of the bleachers filled up, the atmosphere intensified. The outcome of the game would determine if MSD would lose their winning streak.

“What helps me in my game is staying focused and not getting too high or too low, that’s what our coach tells us,” outside linebacker Brandon Jolly (3) said. “I can get pretty riled up so I just try to stay calm.”

The Eagles entered the game strong and scored the first touchdown. After this first initial touchdown, wide receiver Mark Dorsett (7) scored another to add to the scoreboard.

Running back Brian Smith (25) scored the third touchdown of the game and the Eagles were up 19-7.

“As third quarter arrived the Cumber Stadium lit up, we knew the eagles were with us for support and that was the moment we knew we were gonna take home another win,” Dorsett said.

“Light Up Cumber Stadium” is a newly introduced tradition in which MSD football fans turn on their cell phone flashlights and face it towards the football field starting at the end of the third quarter until the first play of the fourth quarter.

“The plan the whole game was to beat the other team and make a statement that our eagle family is unstoppable,” outside linebacker Jahrell Wilson (44) said.

The Eagles next game will be against J.P. Taravella High School, on Friday, Oct. 4, starting at 7 p.m. 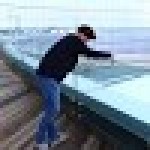 Bryan Nguyen is a junior at Marjory Stoneman Douglas High School. He is a photographer for the Eagle Eye and a member of the Astronomy Club and Key Club.