The coronavirus outbreak in the United States has affected many aspects of students’ lives. As students continue to be isolated at home, they are now taking online classes as a new source of education instead of going to their physical schools. Now that students aren’t going to school, they can’t see or talk to their friends as much as they used to.

Communicating during this pandemic is essential for students to keep in touch with either friends or family. Different communication apps that allow students to video chat with peers have grown in popularity since the lockdown.

“Ever since my friends and I went into quarantine, we’ve been using Zoom to have big group calls,” sophomore Sofia Osio said. “It’s nice to see and talk to everyone on my laptop at least once every other day.”

Apps or websites like Zoom, Rave and Google Hangouts help students keep in touch during isolation. These communication softwares are not just for talking but also for streaming movies, shows or videos with friends.

“I used the Rave app a few times during my quarantine and it’s pretty cool,” sophomore Sammy Oliver said. “You can stream with other people and go on sites like YouTube and Netflix.”

One source of communication that has been around since 2016 is a software called House Party. House Party is similar to Zoom and group facetime calls, allowing its users to video chat with multiple people at once.

“I occasionally use House Party, it helps me talk to friends, but it definitely isn’t popular like it used to be about two years ago,” sophomore Julia Danois said. “It has more features now than it had before, you can play games on the app while still talking to your friends.”

The app House Party isn’t the only software that has been around for a while. Other apps used for video chatting are FaceTime and Skype.

“I first started using Facetime or Skype ever since I was in middle school, I would remember playing games while chatting on the apps with my peers,” freshman Mya Ryan said. “It was always fun and I would be online for hours. Now that I’m in isolation I’m starting to go back on.”

Using these different apps to communicate has been a key step in students’ new routines, helping pass time talking to friends during the outbreak. These apps and softwares are now more known to assist people in communicating in a variety of ways. 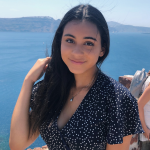